At the invitation of Georgia's Minister of Internal Affairs Giorgi Mghebrishvili the delegation of Police of the Republic of Armenia led by Head of the RA Police, Lieutenant General Vladimir Gasparyan paid a working visit to Tbilisi on Tuesday, October 6.
After Minister Giorgi Mghebrishvili welcomed the Armenian delegation, a wreath was laid on the Memorial to immortality of the memory of Georgia's Interior Ministry employees for Homeland self-sacrificing service on behalf of Head of Police of the Republic of Armenia Vladimir Gasparyan.
Then Head of the RA Police, Lieutenant General Vladimir Gasparyan met with Georgia's Interior Minister Giorgi Mghebrishvili. The members of the Armenian delegation were also present at the meeting.
The heads of the two law enforcement structures discussed the current state of interaction between the Armenian Police and Georgian Interior Ministry and touched upon the issues connected with its further development. The parties expressed satisfaction with the well-established partnership and underlined the necessity to make every effort to reinforce the daily cooperation activities which have been raised to a principally new level for the recent years.
A decision was made to continue to deepen the cooperation activities in specific spheres, including through organizing mutual visits by responsible representatives of a number of services.
At the end of the meeting Head of the RA Police Vladimir Gasparyan and Georgia's Interior Minister Giorgi Mghebrishvili expressed their conviction that the partnership between the police structures of the two friendly countries will further be aimed to mutually beneficial integration of law enforcement forces and capabilities and reinforcement of joint fight against crime. 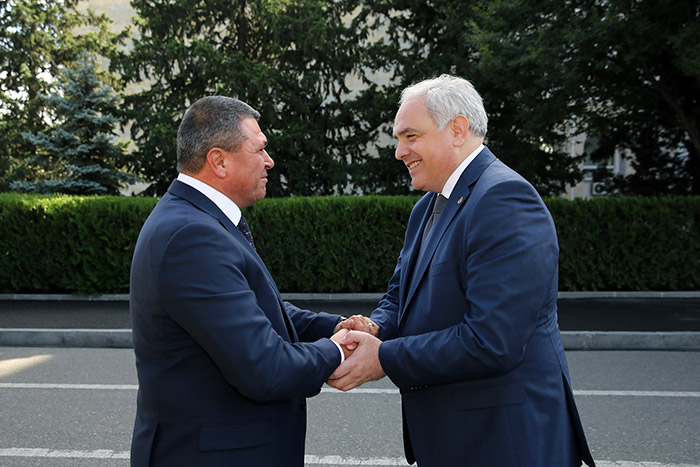 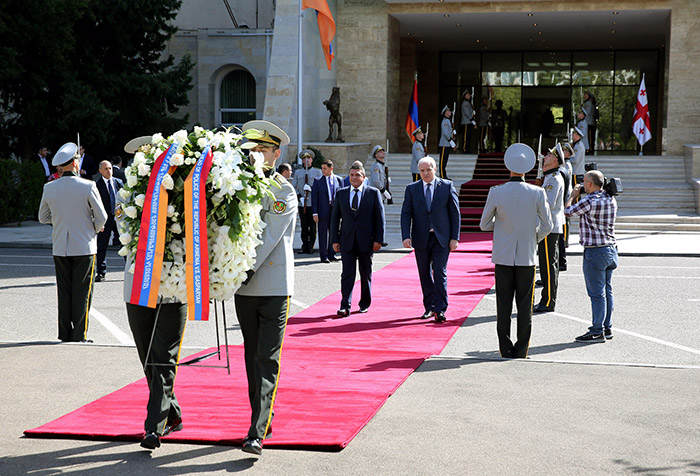 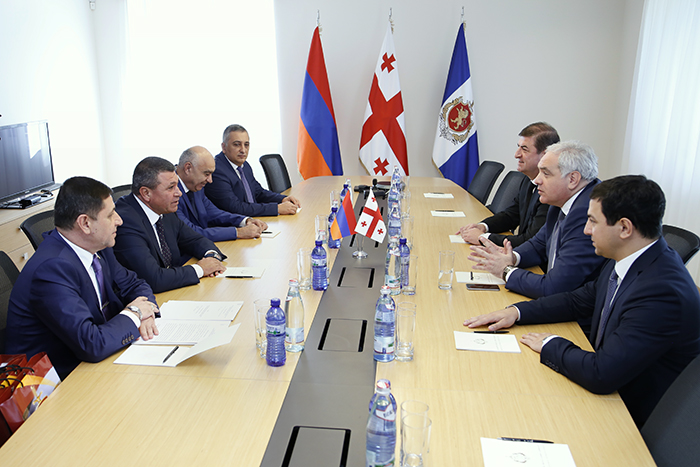 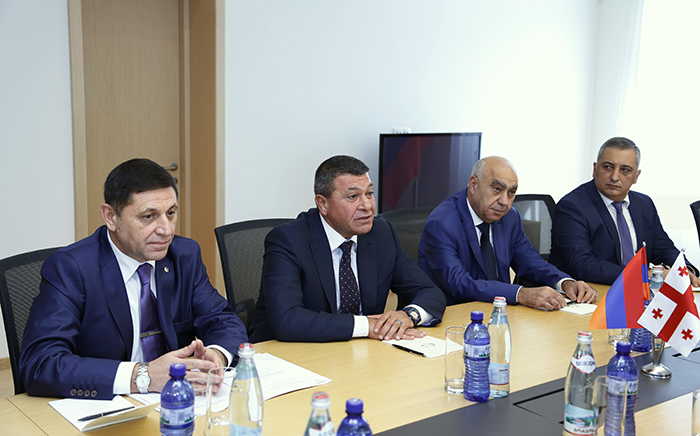 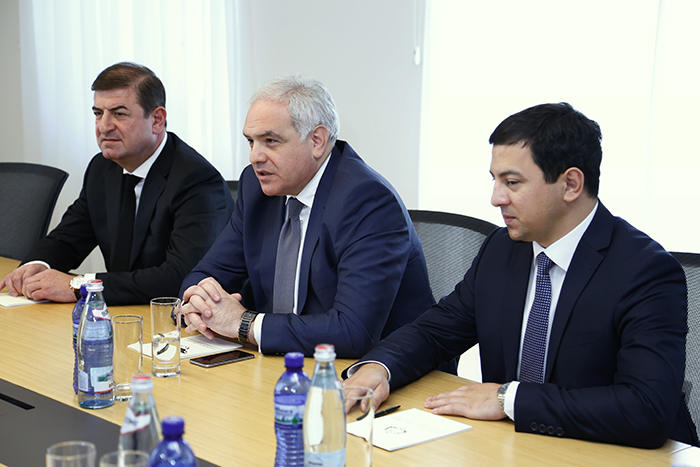 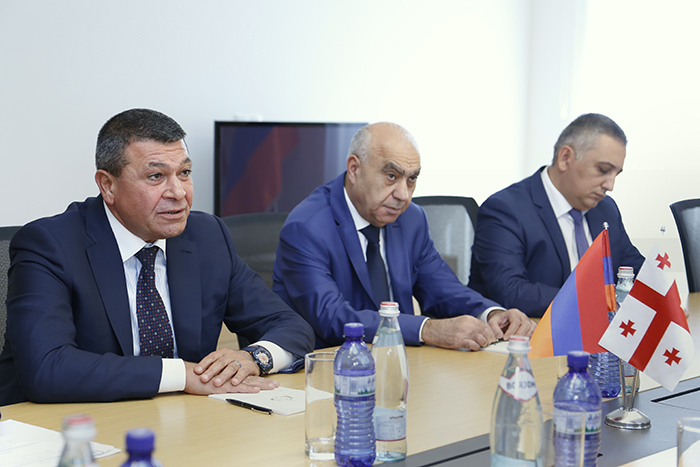 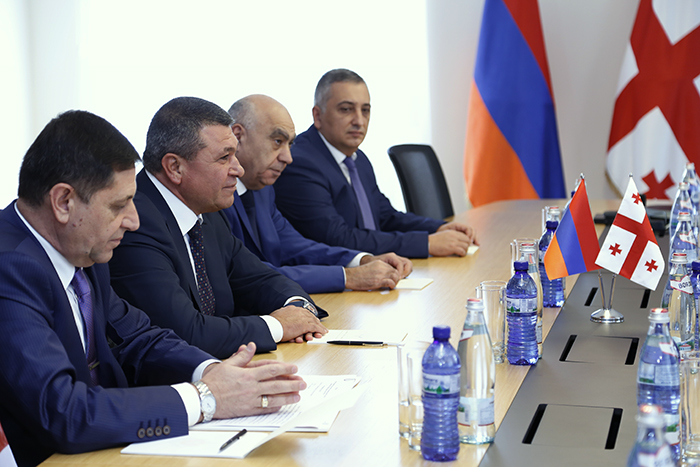 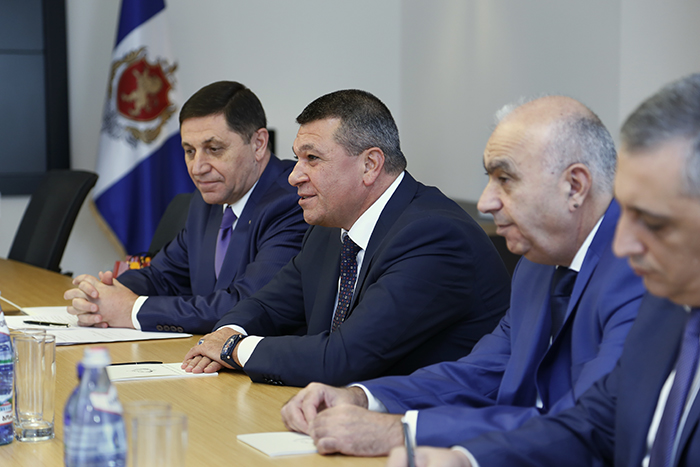 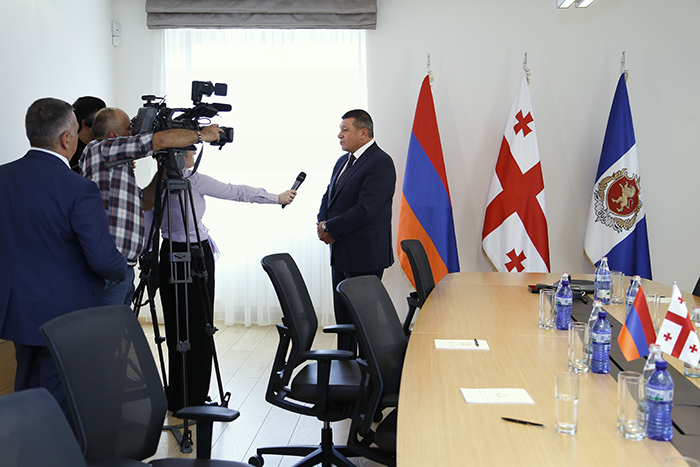 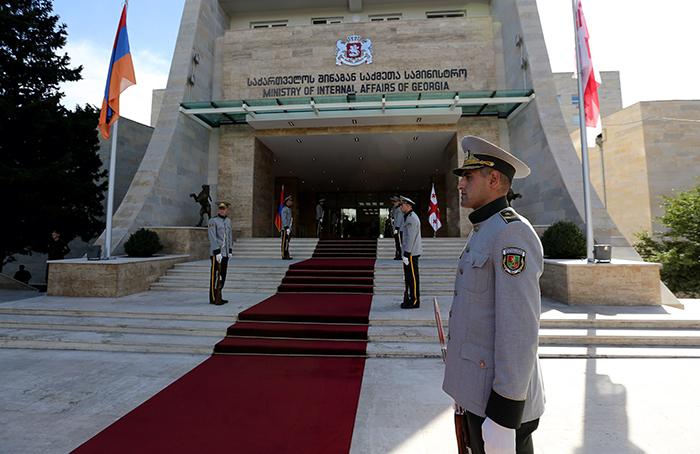