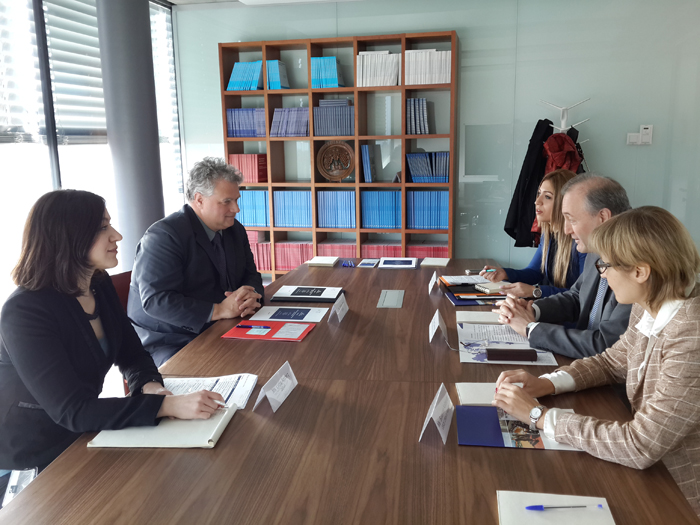 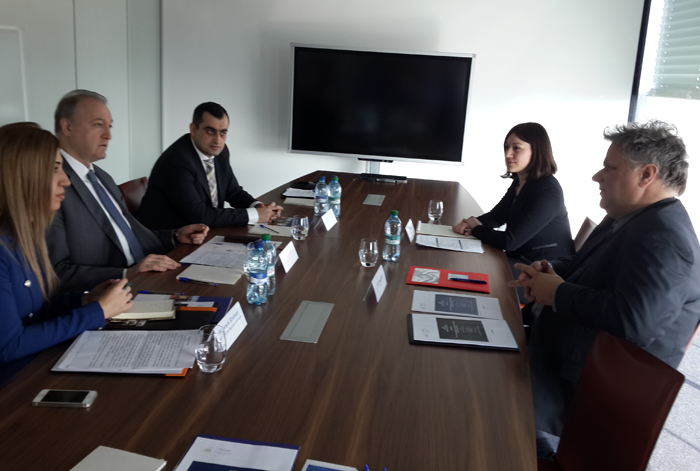 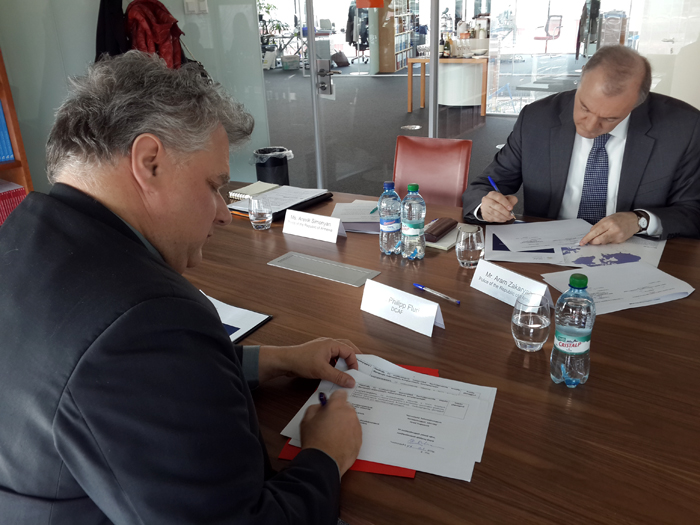 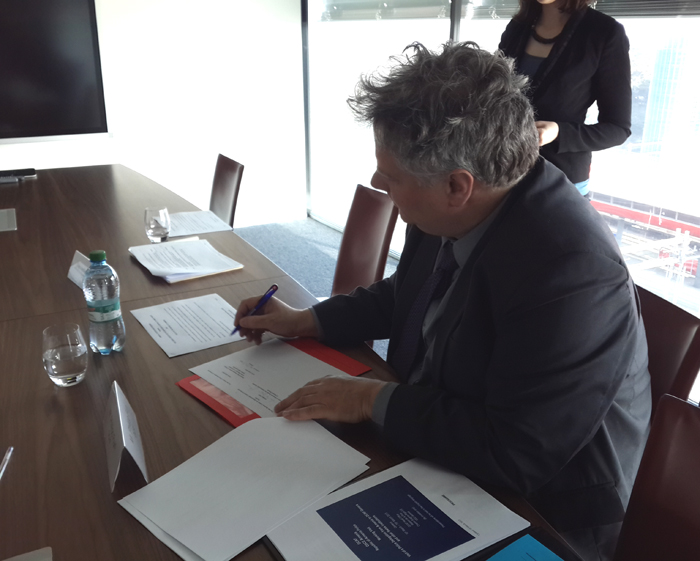 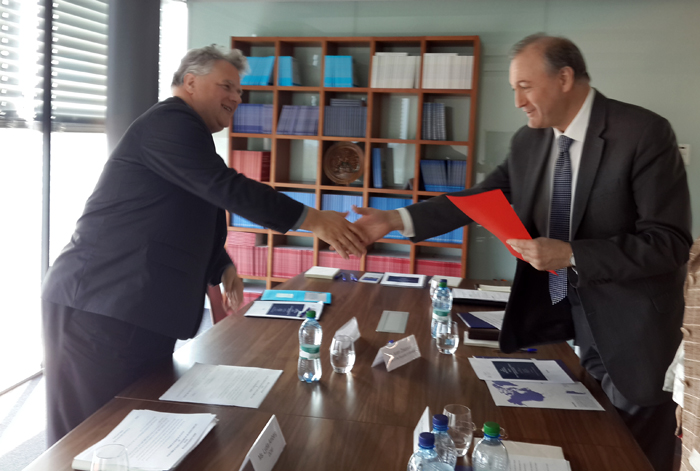 Another meeting was held in the Alabama Room of Geneva City Hall where the Armenian delegates were received by Chief of Protocol at Geneva City Hall Mr. Zh. Shopagh, and Vice-Chancellor Mr. S. Zhenu. Welcoming the guests, Mr. Shopagh first spoke about the Alabama room, the historical events connected with it, in particular, those which can be considered in the context of International humanitarian law. Then a detailed information concerning the state structure of the Swiss Confederation, activities of the Swiss legislative and executive bodies was provided to our delegates.  Mr. Zhenu presented the newly passed Swiss law “On the Police” and the relevant reform program which envisages implementation of a number of mesures aimed to modernize the Police system, particlularly by means of introducing the model of community policing and carrying out reforms in the Traffic Police.
Mr. Zaqaryan, in his turn, spoke about the ongoing reforms in the RA Police and outlined the future plans. 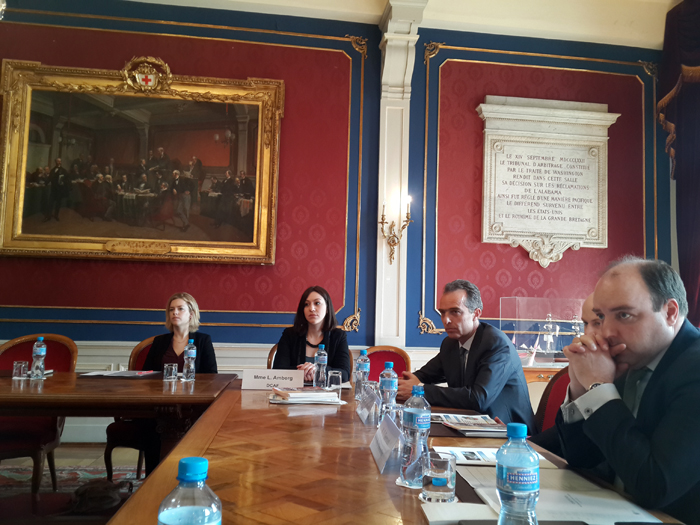 On March 17 a number of meetings were held at the Geneva Centre for the Democratic Control of Armed Forces during which the two sides exchanged views on several important issues, in particulal the sturcture of the Centre, the main directions of its activity, functions, the process and results of reforms which are underway in several countries, especially in the sphere of human resource management. The current status of fight against migration and human trafficking, some statistics, current challenges, gender and international security issues were touched upon during those meetings.
On March 18 the Armenian delegates visited the Shable Community policing division in Aigle town, where Head of the division Mr. P. Vyutrikh presented the structure of the division, its activity, current tasks and some statistics. Then the guests toured the building to become familiar with the working conditions and technical equipment of the workplace. Later that same day our delegates visited the Swiss Police institute located in Neuchâtel town, where they met with Deputy Head of the Institute Mr. Zh. Bosh who spoke about the current police educational system and the main directions of the Institute’s activity, cadets' teaching and trainig process, publishing activities of the Institute, as well as its international activity. The Armenian delegates took a special interest in the Negotiation skills development courses.
Then our delegates toured the Institute and its library. 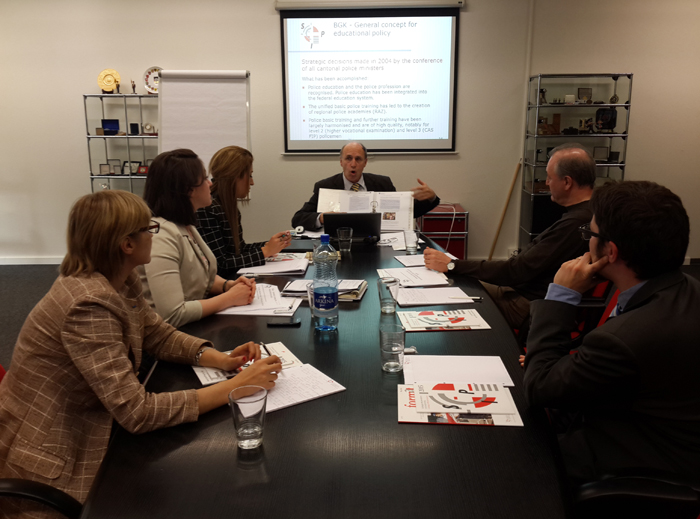 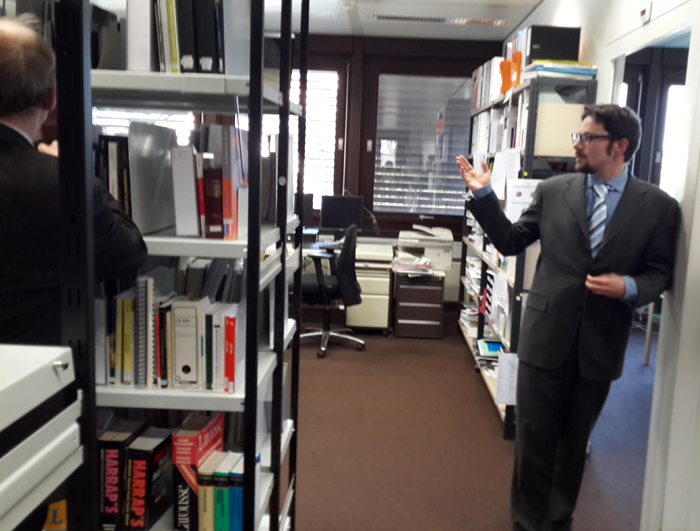 On March 19 the delegation of the RA Police visited the UNHCR's Visitor's Centre where senior expert A. Poujai presented the programs being implemented by the UN, refugee-related issues, current developments and some statistics. The problem of stateless persons and the RA Police - UNHCR Armenia cooperation were also touched upon during the meeting. 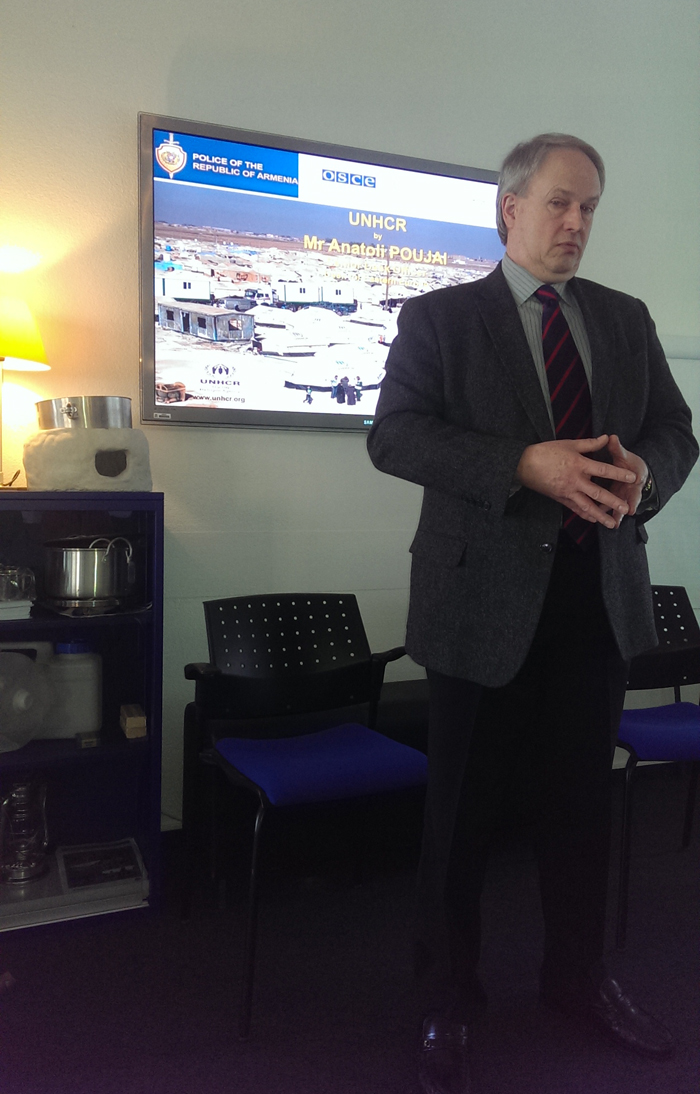 Within the framework of the visit our delegates met with the teaching staff of the Geneva Academy of International humanitarian law and human rights, who spoke about the current developments in the international law, the process of adaptation of foreign countries’ legal systems  to the general international law, the legal acts elaborated by the Academy, the admission procedures and the educational process.