The US ambassador to Armenia in the RA Police

On November 14 the RA police chief, Lieutenant General Vladimir Gasparyan received the US ambassador to Armenia John Heffern.
A number of issues of mutual interest were discussed during the meeting. Vladimir Gasparyan expressed his satisfaction with the RA police and US embassy collaboration, which has already yielded significant results in the sphere of the modernization and technical equipment of educational institutions, personnel training and retraining and etc. The US Ambassador touched upon the issue of the Police service organization during the upcoming presidential elections.
Vladimir Gasparyan mentioned that guides are already elaborated and used which helped the police officers to more effectively carry out their functions. 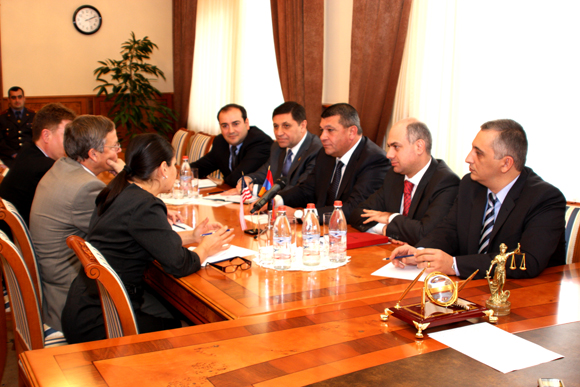 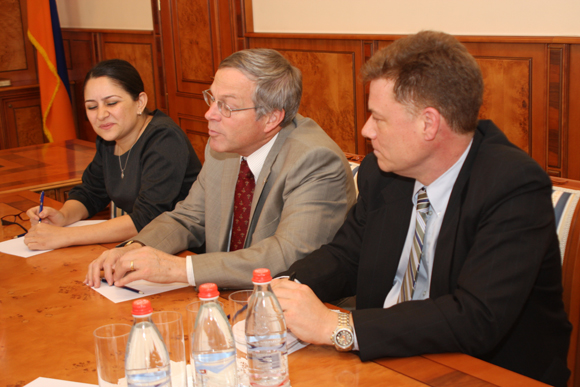