A delegation from the U.S. Embassy in Armenia visits the Police (VIDEO)

On Tuesday, January 31 Head of Police Headquarters, Police Colonel Hovhannes Kocharyan received Audie Holloway,  Senior Law Enforcement Advisor at the the Bureau of International Narcotics and Law Enforcement Affairs of the U.S. Embassy in the Republic of Armenia.
Greeting the guests, Hovhannes Kocharyan highlighted the importance of the well-established cooperation between the Armenian Police and the U.S. Embassy in Armenia, especially in the spheres of fight against illegal drug trafficking, human trafficking and domestic violence, public order maintenance and etc.
Mr. Kocharyan expressed his gratitude for the Embassy's continued support.
During the meeting measures taken so far and planned for the near future within the scope of cooperation programs were presented. The two sides dicussed the major spheres, where several measures are to be implemented with the immediate support of the Embassy.
The guests posed a number of questions and were provided with exhaustive answers. 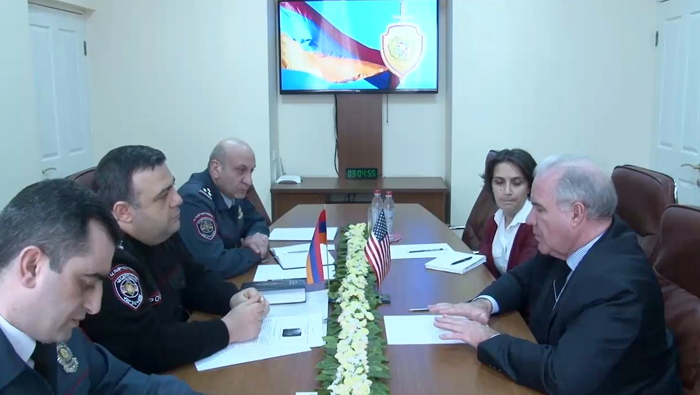 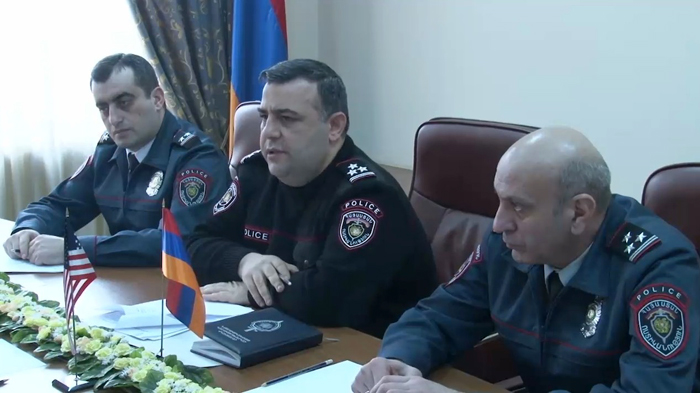