19.05.2018 13:52 Herald of Police
On Saturday, May 19 Chief of Police Valery Osipyan presented his new deputies to the members of the Collegium and the leadership of the Police.
Thus, First Deputy Head of the General Department of Criminal Investigation, Police Colonel Arman Sarkisyan was appointed to the post of the First Deputy Head of the Police and Police Colonel Hovhannes Kocharyan, who had been occupying the post of Chief of Staff of the Police, has been appointed to the post of the Deputy Head of the Police.
According to the decree of the Chief of Police, Artak Karapetyan, who previously served as the Head of the Shirak Provincial Department, has been appointed Head of the General Department on Combating Organized Crime.
Congratulating the newly appointed leaders and wishing them effective service, Valery Osipyan noted the problems that are of priority in the areas coordinated by them: fighting corruption, further strengthening of ties between the Police and Society, expanding mutual trust and cooperation between citizens and the Police, increasing the performance discipline consistently.
At the end of the working meeting Valery Osipyan also touched upon a number of urgent tasks of the organization of the service and gave relevant instructions and directives. 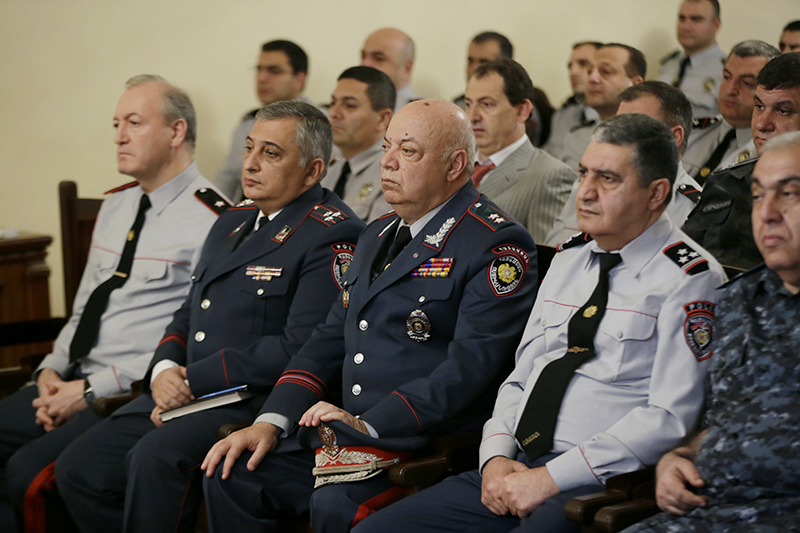 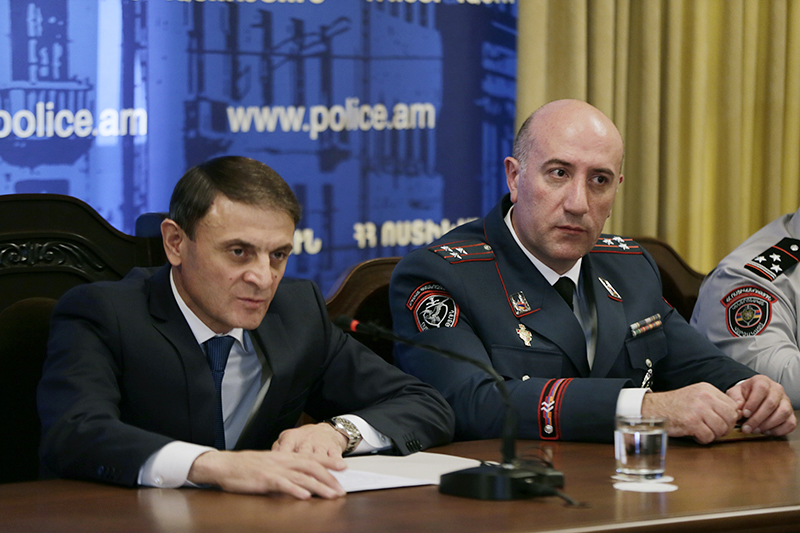 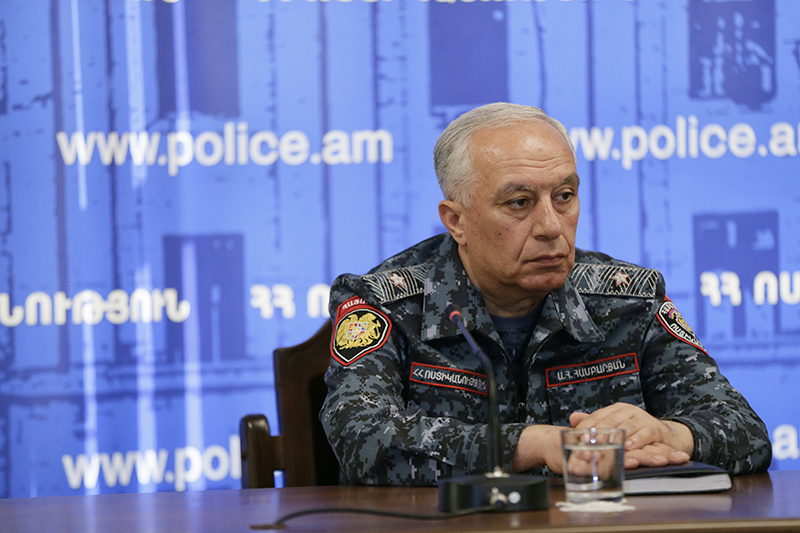 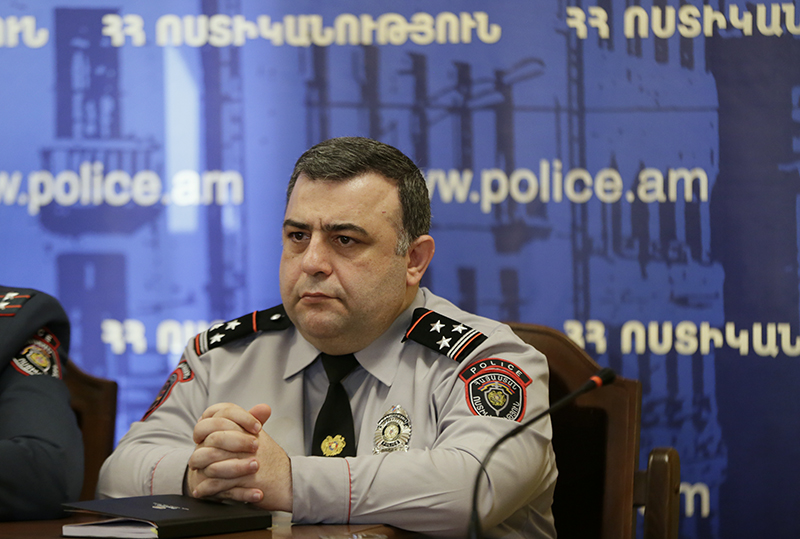 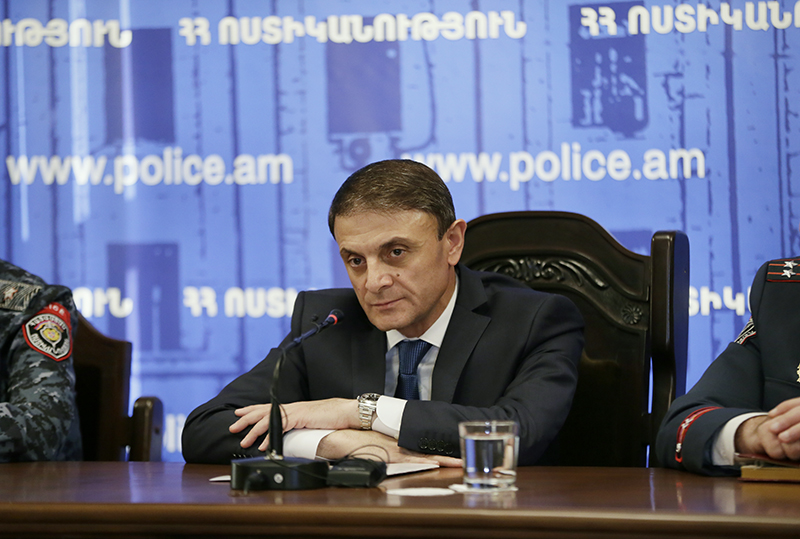 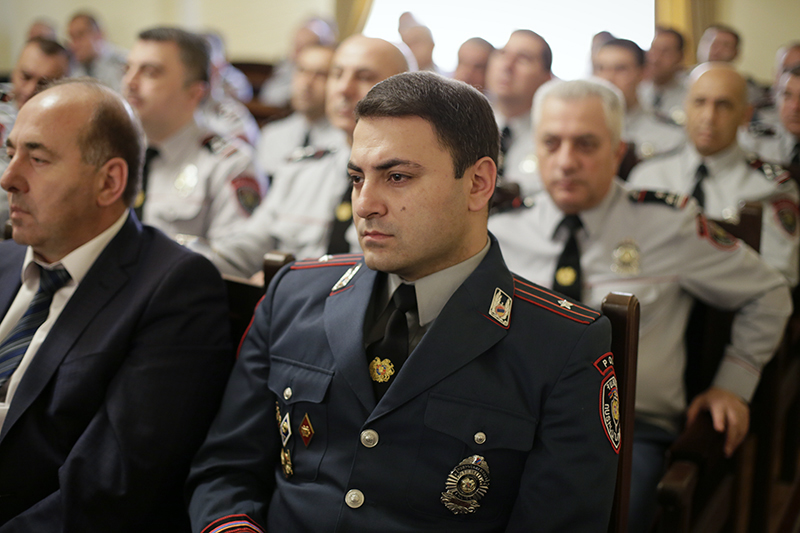 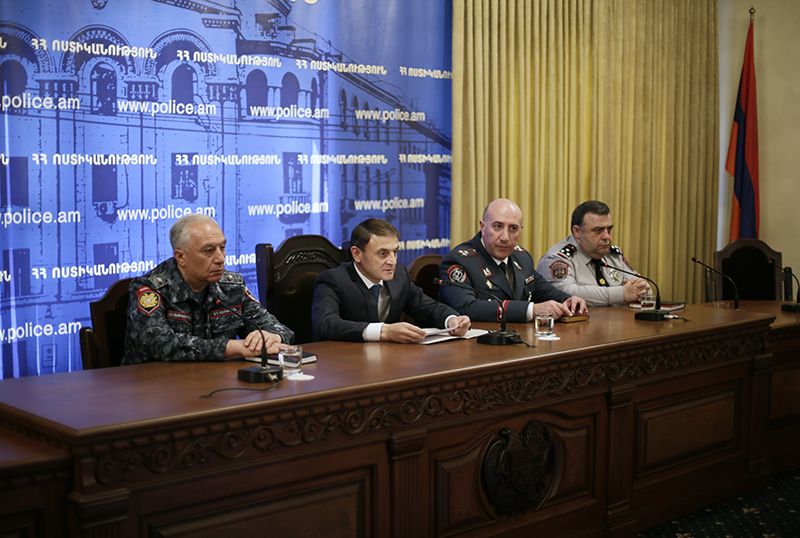 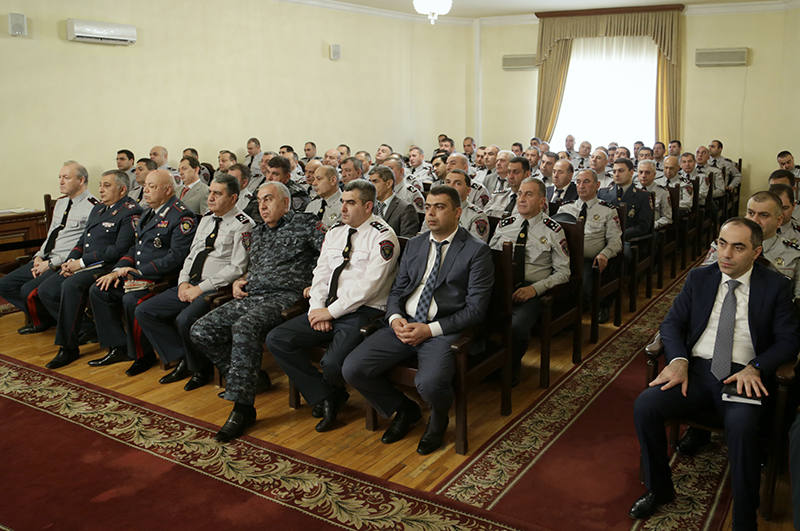