14.05.2019 20:14 Visits
On Tuesday, May 14, the delegation headed by Chief of the Police of the Republic of Armenia Valery Osipyan visited the Interpol General Secretariat in Lyon city, the French Republic. Within the framework of the visit, RA Police Chief Valery Osipyan had a meeting with Interpol Secretary General Jürgen Stock.
Issues related to cooperation through Interpol were discussed during the meeting, in particular, the possible expansion of access to the Interpol data bases, provision of operative assistance to the service, detection of wanted persons, struggle against transnational crime, etc. Valeri Osipyan attached importance to Interpol's role and expressed readiness to support Interpol's activities.
In his turn, the Secretary General of the Interpol highly assessed Armenia's role and active participation in the initiatives of the Organization. During the meeting, Chief of Police of the Republic of Armenia Valery Osipyan officially invited Interpol Secretary General Jurgen Stock to visit the Republic of Armenia.
The meeting took place in a warm and cooperative atmosphere. During the visit a number of meetings with the Interpol General Secretariat officials were also held, during which the possibilities of cooperation between the Interpol member states, the opportunities of expansion of the I-24/7 system and other issues were discussed. The Interpol General Secretariat hosted an official dinner in honor of the Chief of Police of the Republic of Armenia. 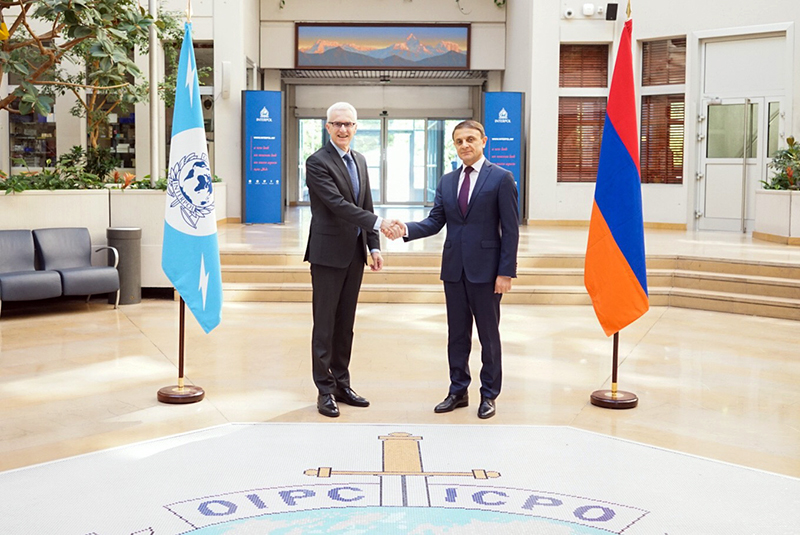 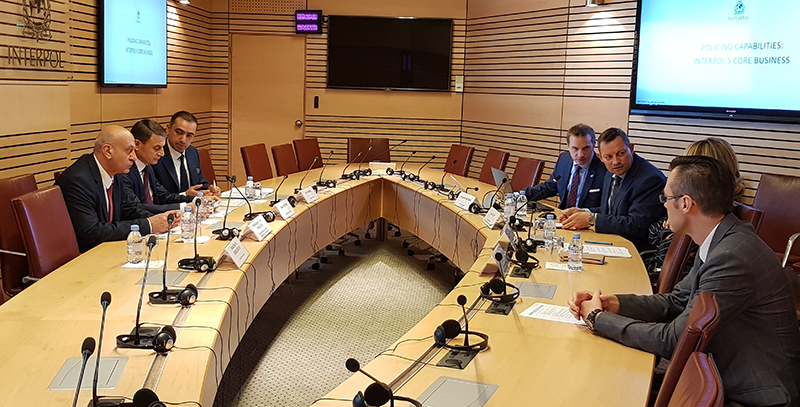 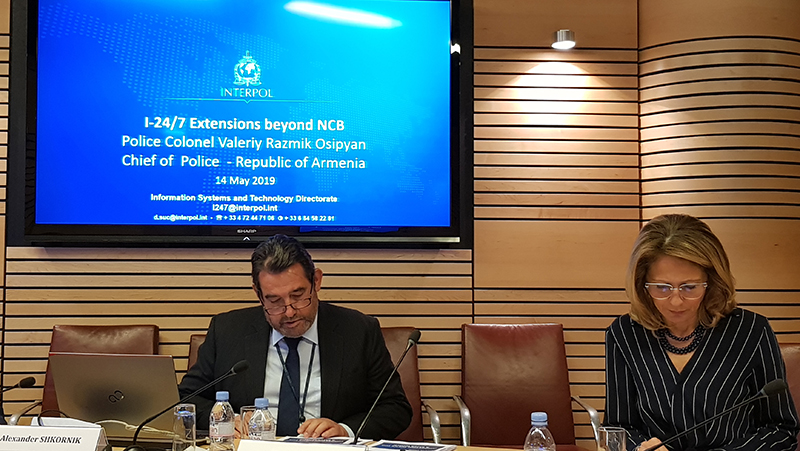 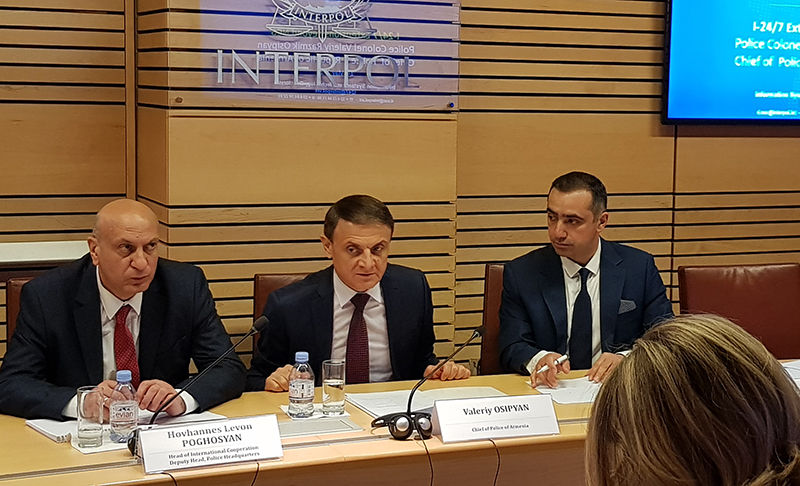 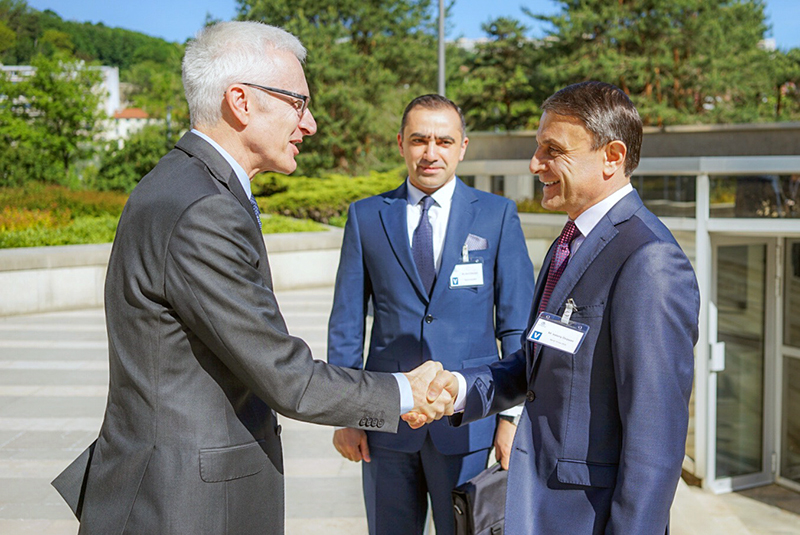 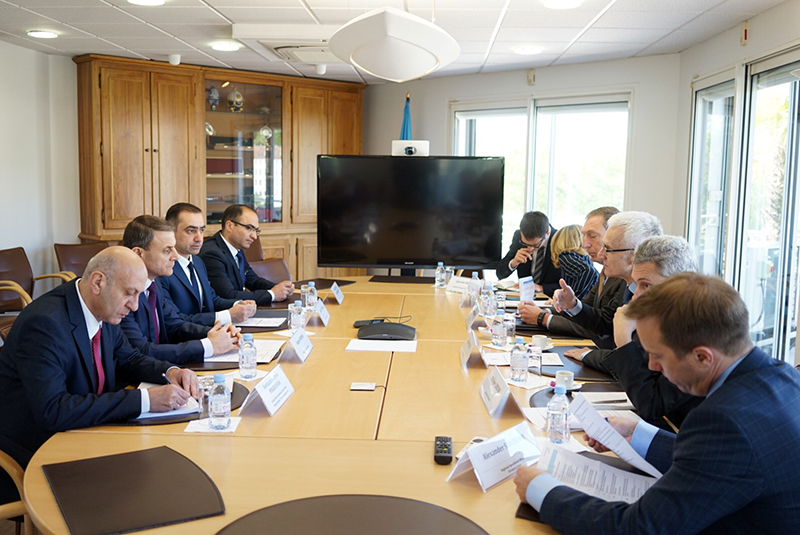