On Friday, June 9 Head of Police of the Republic of Armenia, Police Col. Gen. Vladimir Gasparyan received Ambassador Extraordinary and Plenipotentiary of the People's Republic of China to the Republic of Armenia Tian Erlong and Embassy's Air Force Attaché  Zhang Fenghua.
Welcoming the guests, Vladimir Gasparyan underscored that the relations between the Armenian Police and China's Embassy in Armenia have a solid foundation and great potential for further development.
Mr. Erlong expressed his gratitude for the warm reception and assured that the cooperation will be deepened, highlighting that the two sides have a lot of wide-ranging issues of mutual interest, particularly in the field of law enforcement.
Vladimir Gasparyan expressed hope that the cooperation will be enhanced to a new qualitative level of partnership in the interests of modernization and improvement of the legal systems of the two countries.
During the two meeting the sides also discussed other issues of interest. 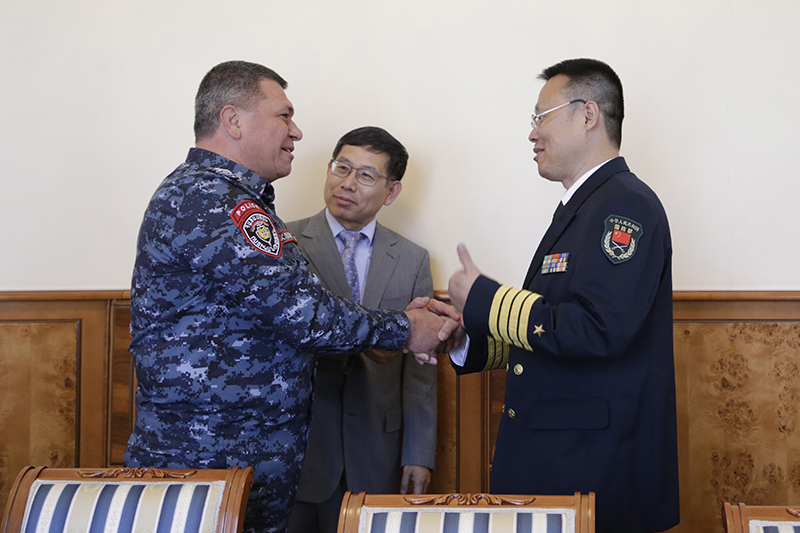 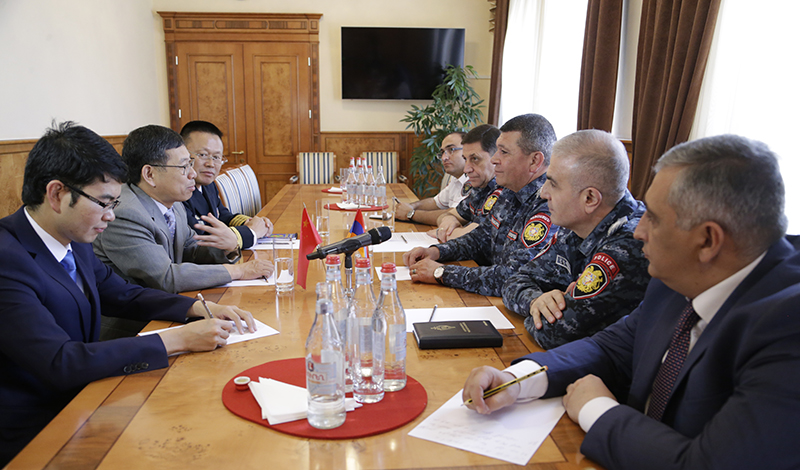 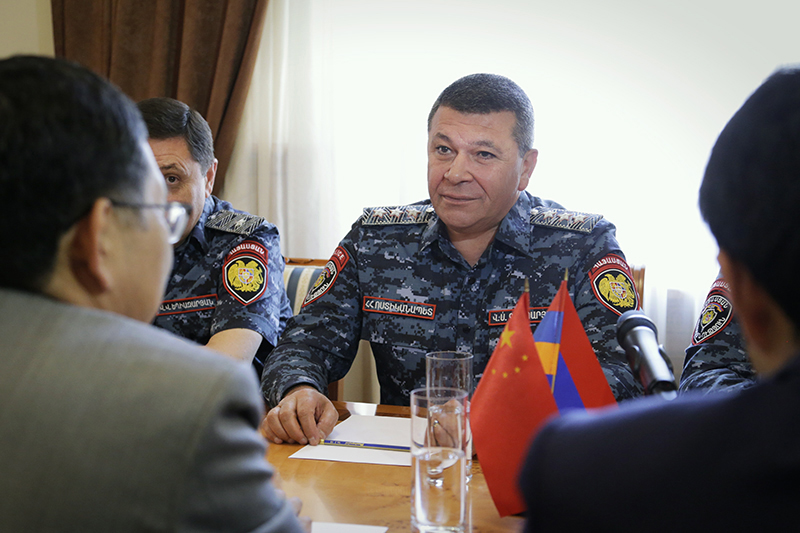 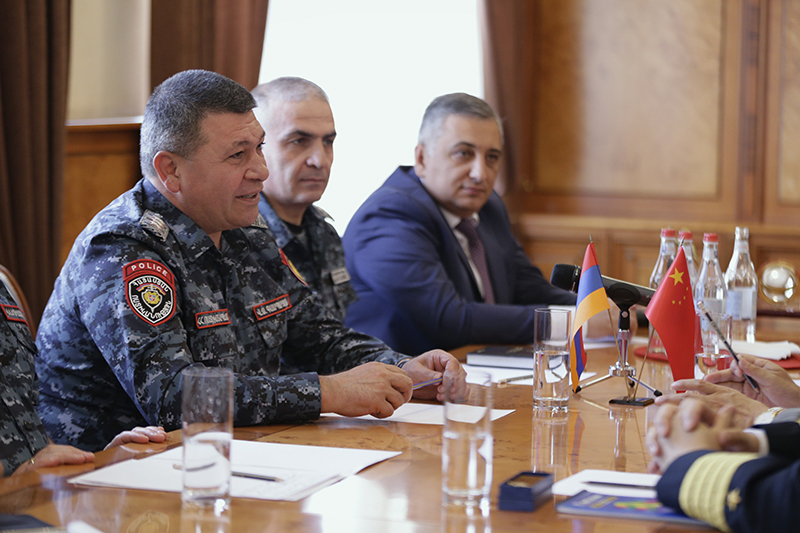 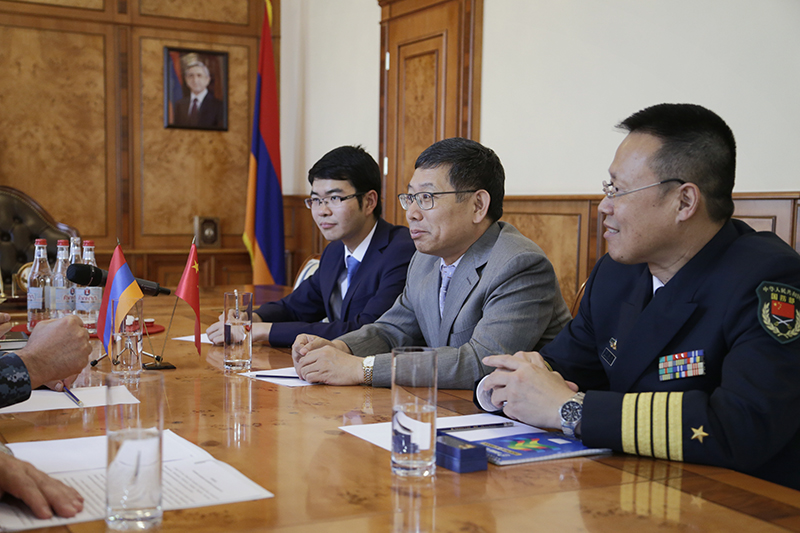 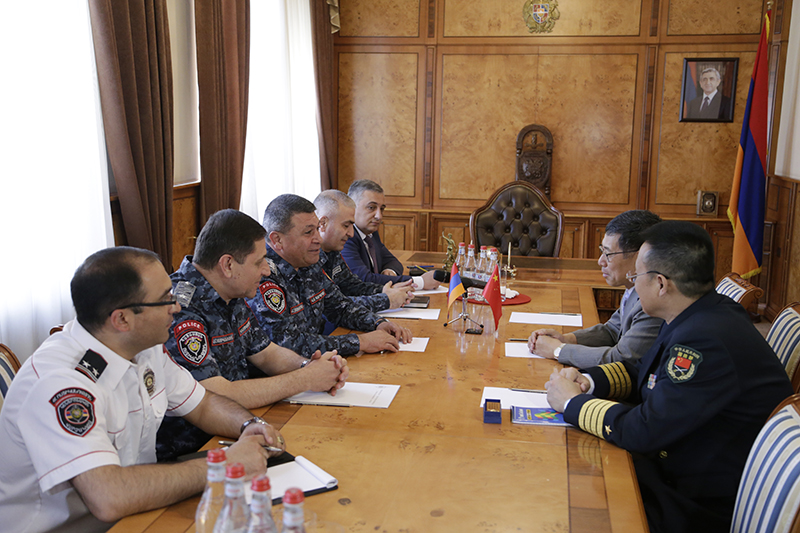