On Thursday, June 23, Head of the Yerevan City Department, Police Major General Ashot Karapetyan received the delegation led by Deputy Chief of the Buenos Aires City Police Ricardo Pedase.
Greeting the guests, Ashot Karapetyan presented the Armenian Police reforms and highlighted the importance of the traditionally close ties between the Armenia and Argentina, which continue to develop.
Mr. Pedase expressed his gratitude for the warm welcome extended to them and assured that immediate direct contacts will increase the efficiency of the cooperation with the Armenian partners.
Also Ricardo Pedaso mentioned the high level of the the Armenian Police officers’ professionalism, which is especially visible now, at the eve of Pope Francis’ visit to Armenia when the police units are fully involved in implementing security measures.
The parties also discussed the cooperation between the police structures of the two countries, as well as other issues of mutual interest.
The two sides expressed their hope that the partner relations will further develop and deepen. 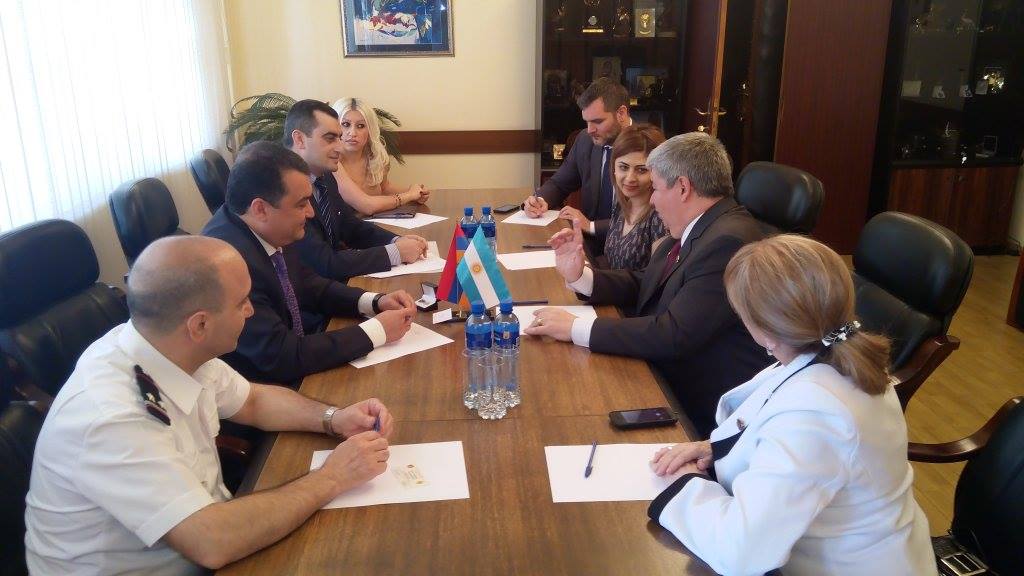