On Wednesday, November 23 Deputy Head of Police of the Republic of Armenia, Police Major General Vardan Yeghiazaryan received PACE Monitoring Committee Co-Rapporteurs for Armenia Giuseppe Galati and Alan Meale and personages accompanying him.
Expressing gratitude for the warm reception, Alan Meale conveyed his condolences over the July tragic events in the Patrol-Guard Service regiment, and expressed hope that further losses will be excluded.
Welcoming the guests, Vardan Yeghiazaryan thoroughly  presented the police reforms, the progress achieved in recent years, as well as the work performed in accord with 2015-2017 police reform program and outlined the future plans. In that regard, particular reference was made to strengthening public confidence in Police, preventing and detecting offences committed by police officers and a number of other directions. An overview of the activities of the Police Disciplinary Commission was provided to the guests, who also took an interest in approaches of the Police to the new management system: in this regard, thorough explanations were given to them.
The co-rapporteurs thanked for the warm reception and posed a number of questions, which were all answered fully and completely.
During the meeting the parties also discussed other issues of mutual interest. 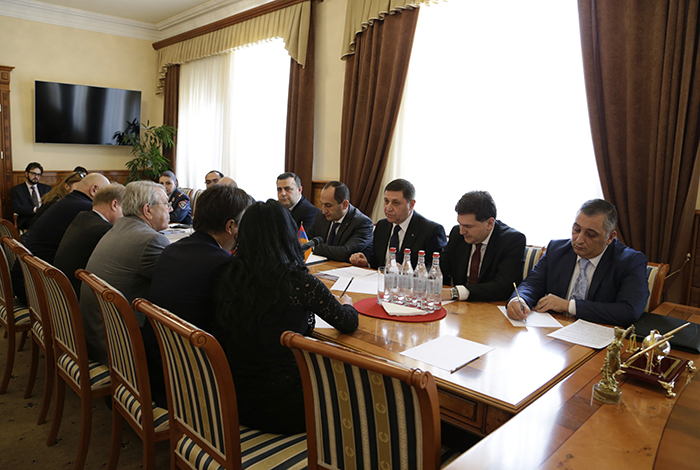 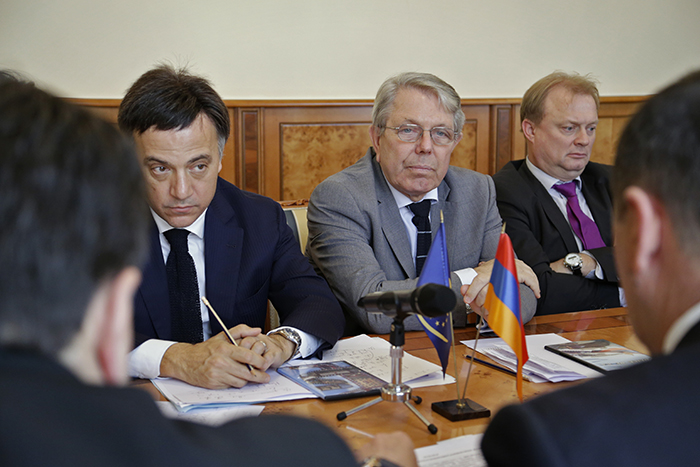 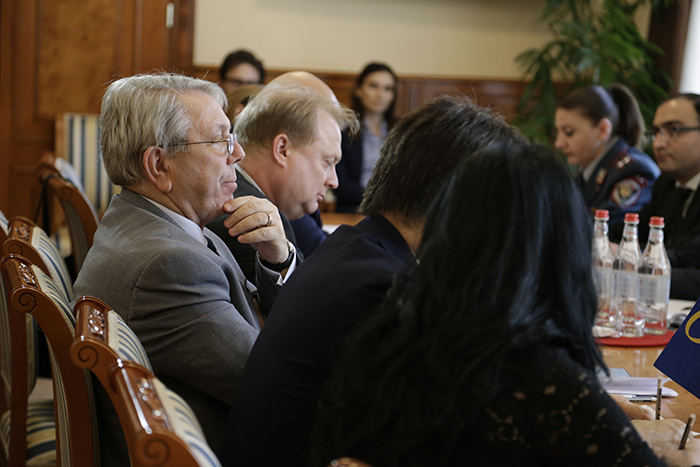 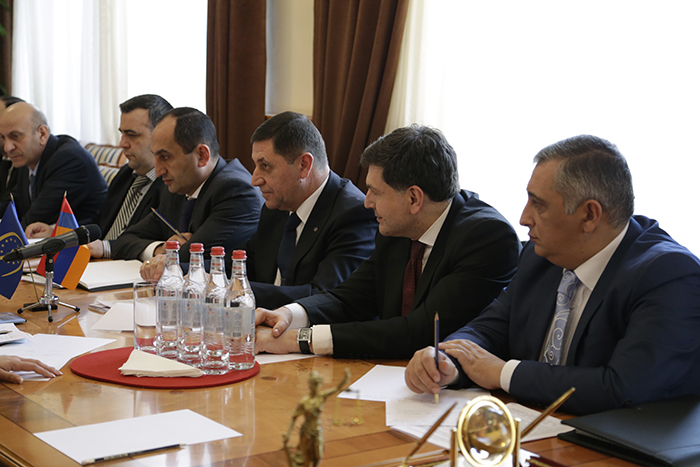