On Thursday, October 15 First Deputy Head of Police of the Republic of Armenia, Lieutenant General Hunan Poghosyan received the delegation of the European Committee for the Prevention of Torture and Inhuman or Degrading Treatment or Punishment led by Ms Marzena Ksel.
Mr Poghosyan stated that it was a pleasure to once again meet with the members of the delegation with whom they have already become partners and emphasized that he was pleasantly surprised at the huge work that the working group performed to eliminate the existing shortcomings and improve the achievements.
The guests mentioned that as compared with the early visits there is an obvious progress in all the spheres being studied, in particular, 14 police subdivisions and places of keeping arrested persons were visited, where the working group became familiar with a variety of legal documents and got to know the arrestees. It was mentioned that the treatment of the arrestees has also been improved. During those visits the members of the working group studied provision of social-sanitary and medical care at places of keeping arrested persons. The guests underscored that in the fulfilment of its functions Police has even succeeded the standards set by them.
Observations were made on a few still existing vicious phenomena. Police representatives provided a detailed information about performed and current legislative and control activities aimed to eliminate existing shortcomings.
The First Deputy Head of the RA Police drawed his European colleagues' attention to the functions of the Disciplinary Commission of the RA Police which is the first in the entire region.
Mr Poghosyan mentioned that the Disciplinary Commission aimes to ensure objectivity in policing and give everyday attention to the elimination of shortcomings in this sphere. Hunan Poghosyan underlined that any such offender will be detected and punished severely.
At the end of the meeting held in a constructive atmosphere the two sides reached an agreement to increase the efficiency of further activities.
The guests expressed their appreciation for the warm welcome extended to them and thanked for providing exhaustive answers to their questions. 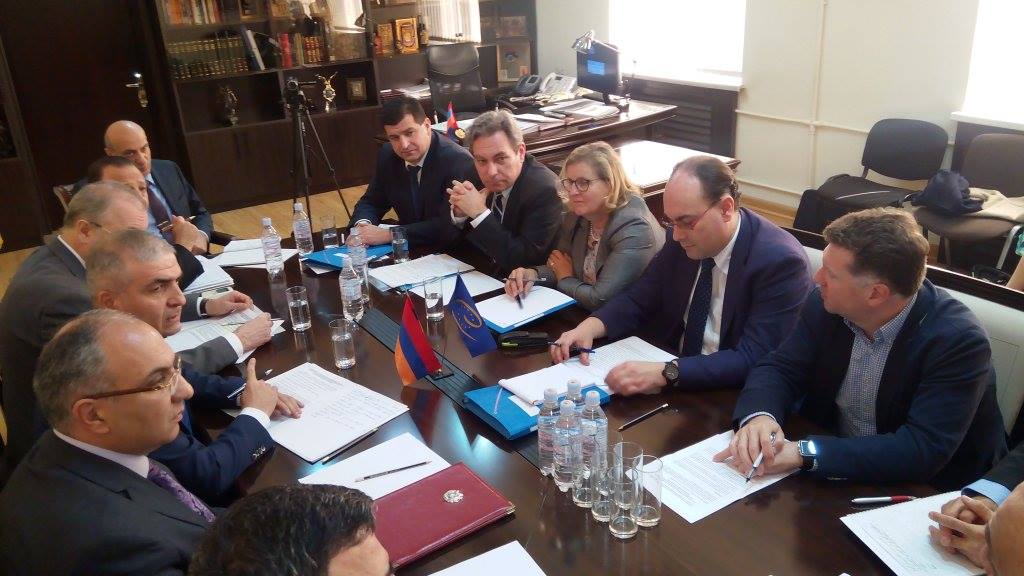 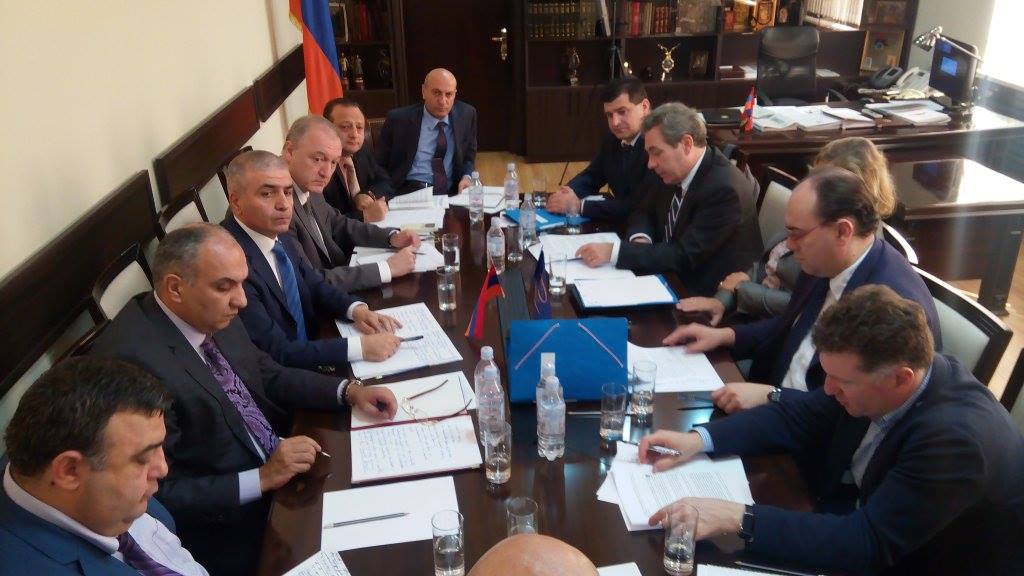