Head of the Security service of the U.S. Embassy in Armenia visits the Armenian Police (VIDEO)

On Friday, May 13 Deputy Head of Police of the Republic of Armenia, Police Colonel Samvel Hovhannisyan received Mr. Zack Kendall, Head of the Security service of the U.S. Embassy in Armenia.
Greeting the guest, Mr. Hovhannisyan expressed satisfaction with the close cooperation established between the Armenian Police and the U.S. Embassy in Armenia and said that he hopes the mutually beneficial collaboration will further deepen to embrace new fields of police activities.
During the meeting the parties agreed upon deepening interaction between the Embassy's Security service and relevant police units during visits paid by officials.
The opportunity to hold training courses on policing in mass events as well as other issues of mutual interest were discussed during the meeting. 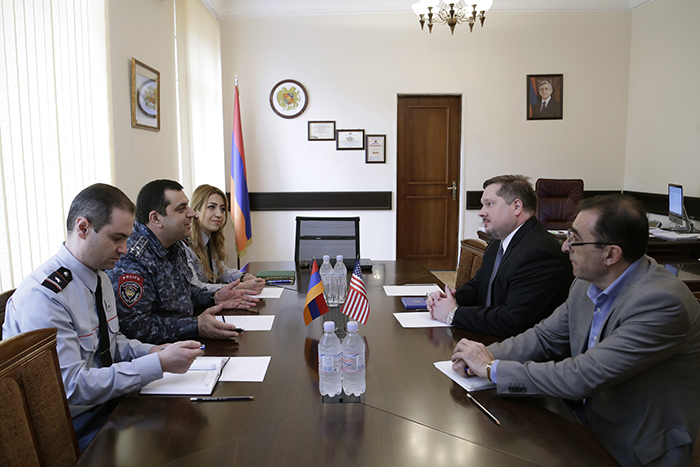 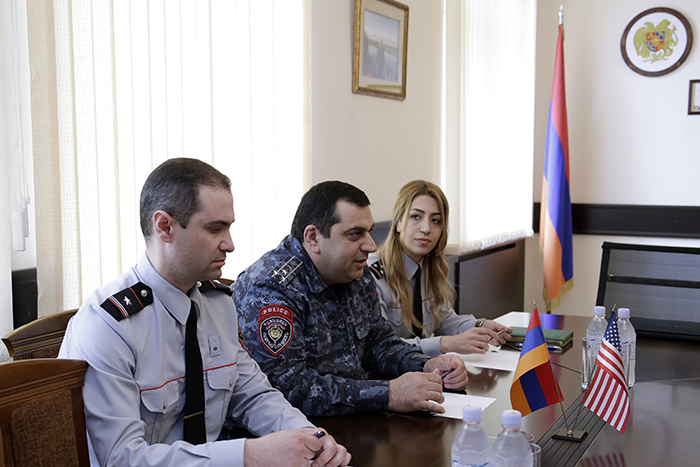 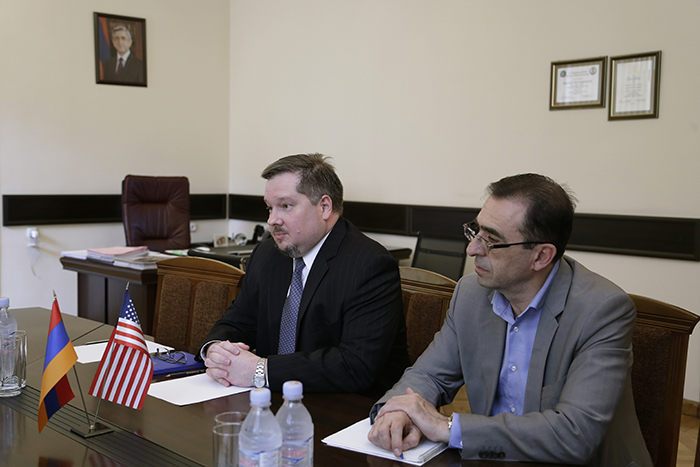