EU delegation visits the Armenian Police: issues related to the protection of citizens

On Monday, March 6, Head of the Police Headquarters, Police Colonel Hovhannes Kocharyan received the delegation of the European Union, headed by Klavs Hede, director of the International Relations Department of Danish Ombudsman’s office and Anselmo del Moral Torres, head of the Civil Guardia Department of the Ministry of Interior of Spain, who had visited Armenia for designing effective judicial reforms and defining the conditions thereof.
Also present at the meeting were: representatives of the Ministry of Justice, the Special Investigation Service, Human Rights Defender's Office and Police of the Republic of Armenia.
Hovhannes Kocharyan spoke briefly about the practice of preventing and fighting against torture and other cruel, inhuman or degrading treatment, presented the relevant legislation, police functions and measures which have hitherto been carried out within the framework of the police reforms to make the protection of detainees' rights more effective, raise their awareness, improve the conditions in places of detention.
Тhe continued cooperation between the Human Rights Defender's Office and the Public Monitoring Group was presented.
Hovhannes Kocharyan emphasized the importance of efforts made to protect the rights and dignity of citizens, noting that each such case is under the direct control of the police leadership and receives an adequate legal assessment.
During the meeting the guests posed a number of questions and were provided with exhaustive answers. 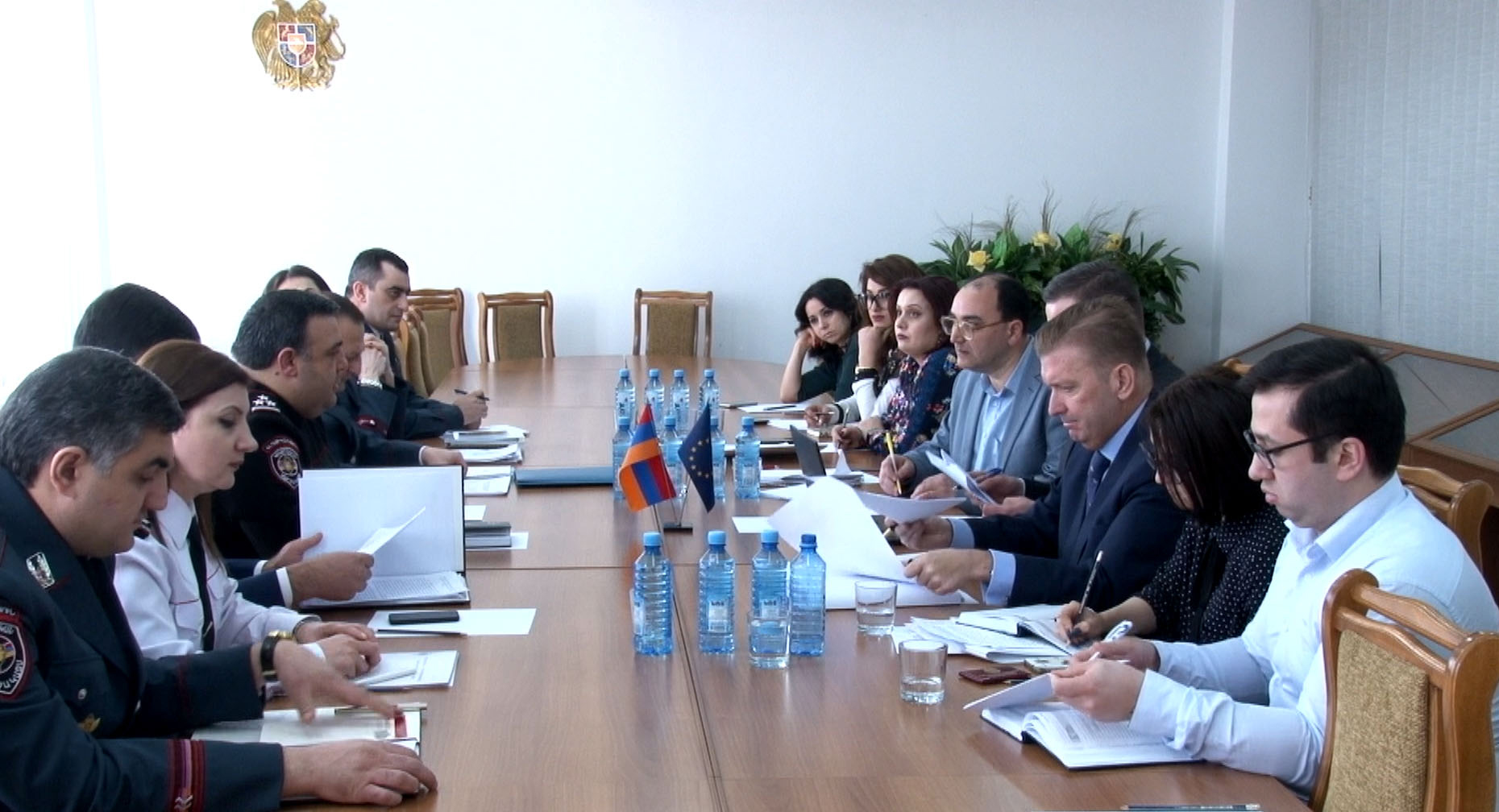 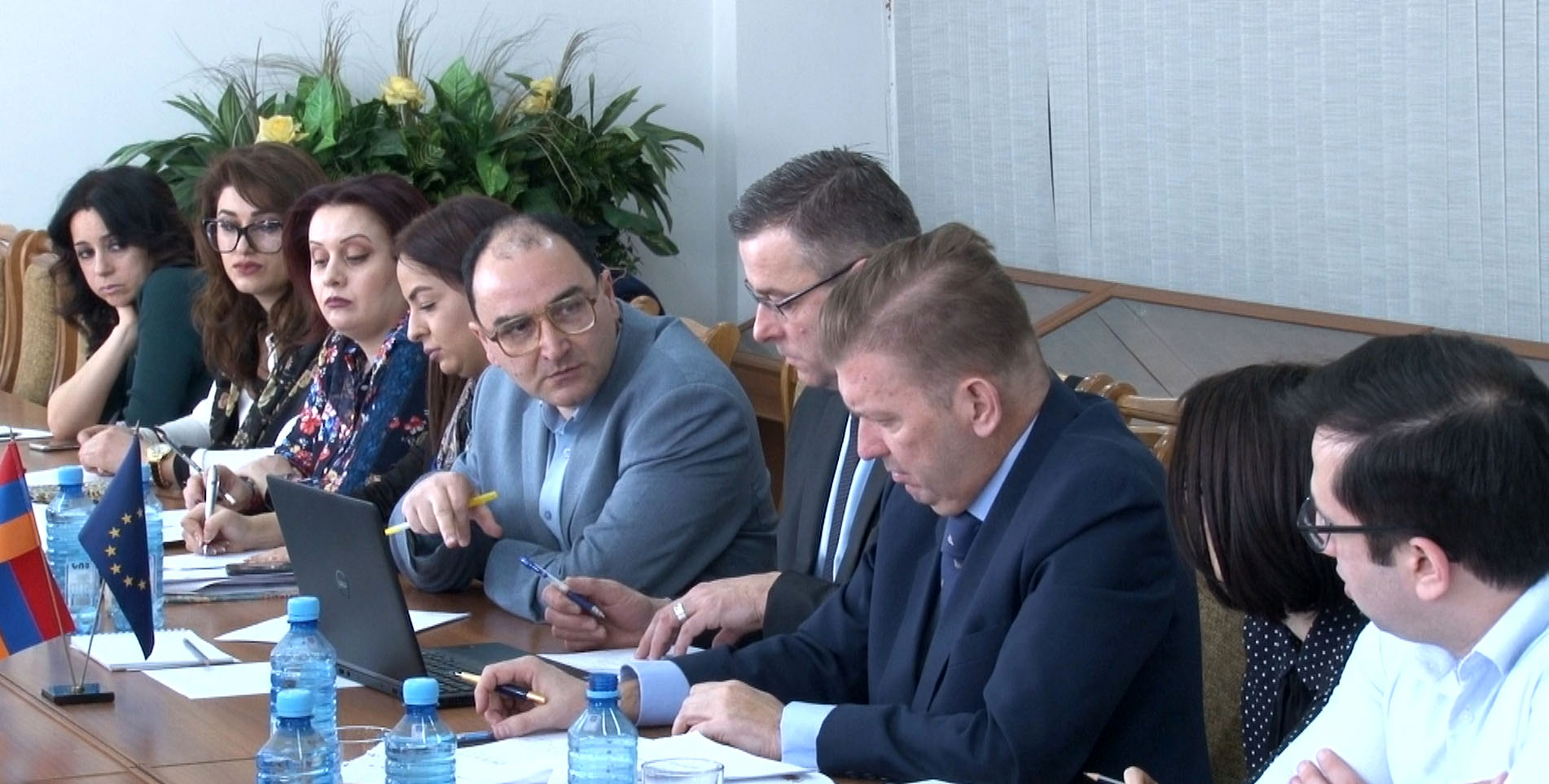