On August 13, RA Police Chief Valery Osipyan received Tian Erlong, Ambassador Extraordinary and Plenipotentiary of the People's Republic of China to the Republic of Armenia.
Welcoming the guests, Valery Osipyan highlighted the close Armenian-Chinese relations, within the framework of which there is an active cooperation within out between the law enforcement agencies of the two countries.
The Chief of Police spoke about the reforms taking place in the police system. The parties discussed issues related to the technical equipment of the newly established Operational Management Center.
Expressing gratitude for the warm welcome, Tian Erlong noted that the number of Chinese tourists leaving for Armenia has increased. Their safe rest is provided by the Armenian police, whose service is extremely important and appreciated.
At the meeting, Tian Erlong introduced the newly appointed military attaché of the Embassy.
Valery Osipyan congratulated him on being appointed to a responsible position and wished him good and effective service.
The RA Police Chief conveyed warm greetings and gratitude to the former military attaché of the Embassy of the People's Republic of China who has completed his service in Armenia. He was awarded the Medal for Strengthening Cooperation by the order of Valery Osipyan, which was handed over to the Ambassador.
Other issues of mutual interest were also discussed during the meeting. 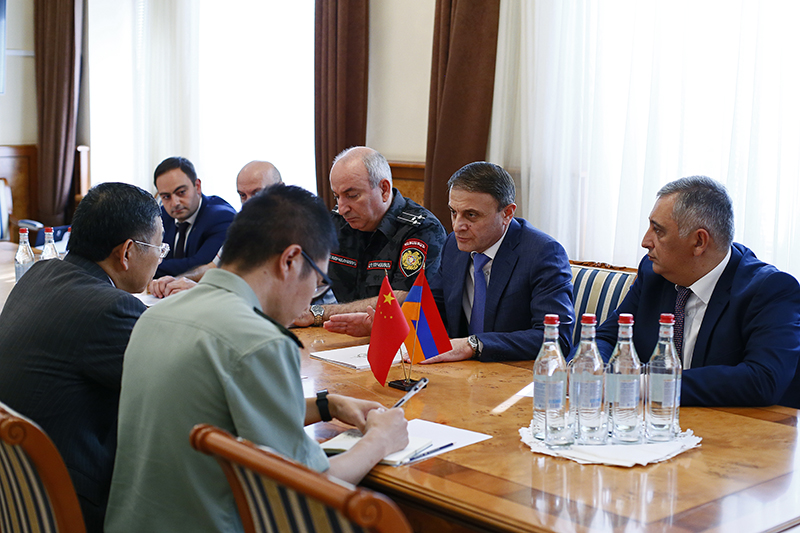 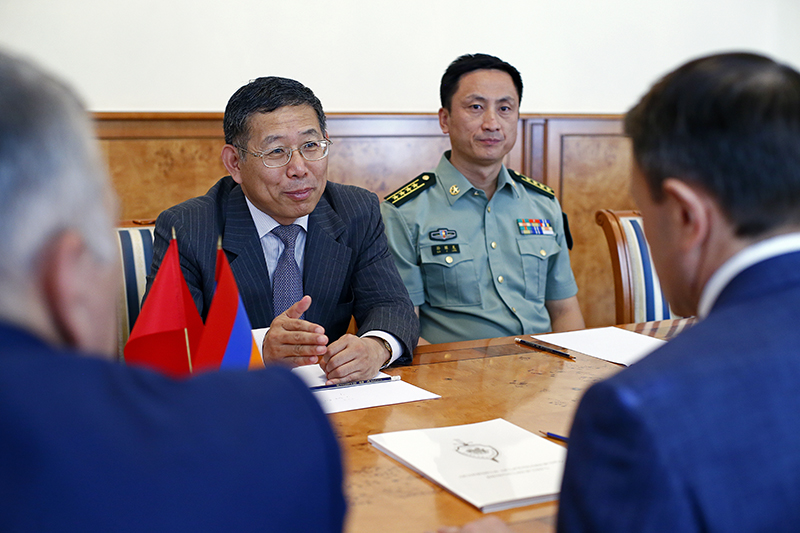 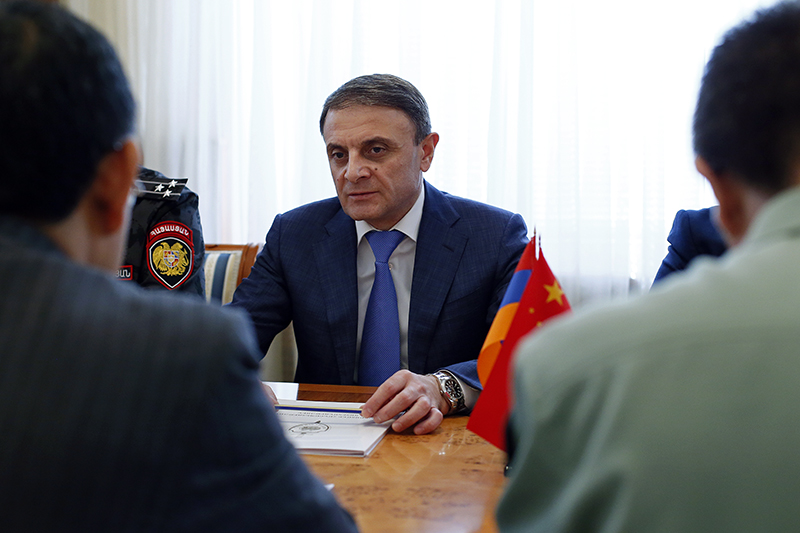