Head of the Headquarters of Police of the Republic of Armenia receives Ambassador Extraordinary and Plenipotentiary of Poland to Armenia (VIDEO, PHOTOS)

21.11.2019 16:56 Official news
On Thursday, November 21, Head of Police Headquarters, Police Colonel Armen Ghukasyan received Ambassador Extraordinary and Plenipotentiary of the Republic of Poland to the Republic of Armenia Pavel Ceplak and the delegation of the Ministry of Foreign Affairs of Poland.
Welcoming the guests, Armen Ghukasyan highlighted the high level of cooperation established between both the law enforcement agencies of the two countries and the Police of Armenia and the European Union, presenting as an example the considerable work done with the Ministry of Internal Affairs of the Republic of Poland within the framework of the Eastern Partnership Police Cooperation Programme.
The guests expressed their gratitude for the warm reception and displayed interest in the ongoing reforms in the Armenian Police.
Armen Ghukasyan introduced the development strategy of the RA Police, as well as the works aimed at the establishment of the Patrol Mobile Service Center and the modernization of the Operational Management Center, highlighting the importance of expert analysis initiated by the Government of the Republic of Armenia within the framework of the EU TAIEX program. Armen Ghukasyan also touched upon the cooperation of the Szczytno Academy of the Ministry of Internal Affairs of Poland and the Armenian Police Educational Complex.
Outlining further directions of cooperation, the representatives of the delegation expressed their readiness to continue supporting the reform process, using Poland's best practices.
Other issues of mutual interest were also discussed at the meeting. 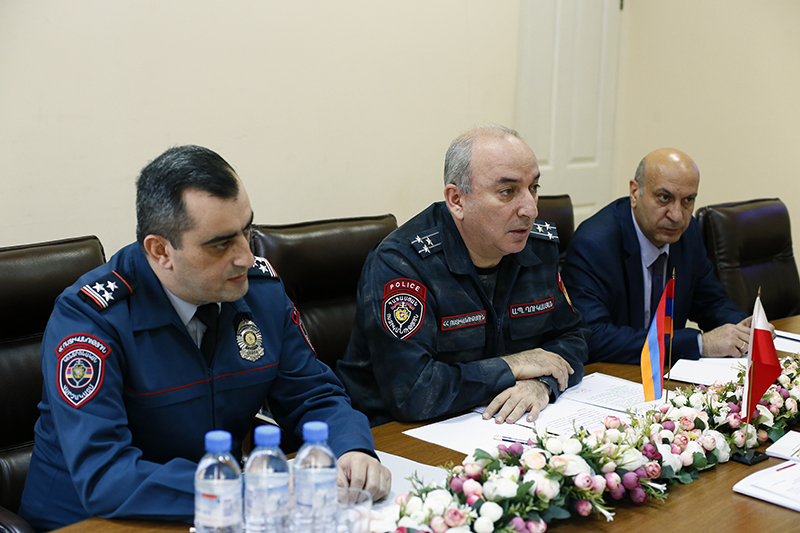 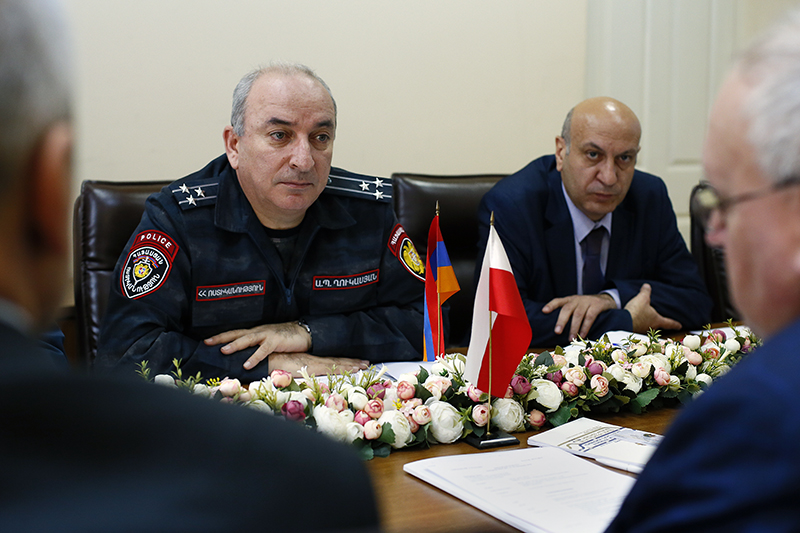 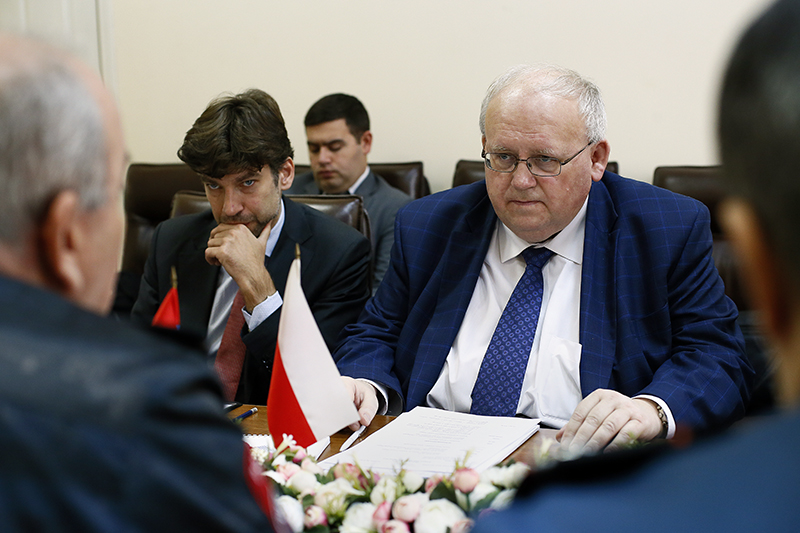