Delegation of the Ministry of Public Security of the People

On Wednesday, October 26 Head of Police of the Republic of Armenia, Lieutenant General Vladimir Gasparayan received the delegation led by Li Wei, Vice Minister for Public Security of the People's Republic of China.
Greeting the guests, Mr. Gasparyan expressed satisfaction with the dynamic development and enhancement of the cooperation established between the Armenian Police and China's Ministry of Public Security and highlighted the importance thereof in crime detection and prevention.
Li Wei expressed his gratitude for the warm welcome extended to them and assured that the law enforcement cooperation between China and Armenia will further develop as it embraces areas which are of mutual interest, such as public order protection, fight against cybercrime, illegal migration, human trafficking and terrorism.
Vladimir Gasparyan noted that joint work proves most efficient in the following areas: protecting information security, conducting criminal forensic investigations and expertises, organizing professional training and retraining courses, etc.
During the meeting the two sides also discussed other issues of mutual interest.

This reception was preceded by the meeting of Deputy Head of Police of the Republic of Armenia, Police Lieutenant General Hunan Poghosyan and members of the delegation led by Li Wei, Vice Minister for Public Security of the People's Republic of China.
Hunan Poghosyan expressed satisfaction with the fact that the two law enforcement agencies are fully adhering to the provisions of the Agreement signed in Beijing earlier in 2015.
Mr. Poghosyan mentioned that a number of practical meetings with Chinese partners have taken place during which issues related to law enforcement cooperation were discussed and a Protocol on donating Police equipment and extension of gratuitous aid to the Armenian Police was signed.
Armenian law enforcement officials participated in a number of training courses conducted in China, as a result, the two sides have established a close cooperation in the sphere of detection of fugitives, fight against economic crime, cybercrime and illegal drug trafficking.
Li Wei assured of China’s willingness to continue the effective cooperation in all those areas for the benefit of effective joint fight against crime.
At the end of the meeting an "Agreement on Cooperation in the sphere of fight against terrorism, cybercrime and illegal drug trafficking" was signed between  Police of the Republic of Armenia and China’s Ministry of Public Security. 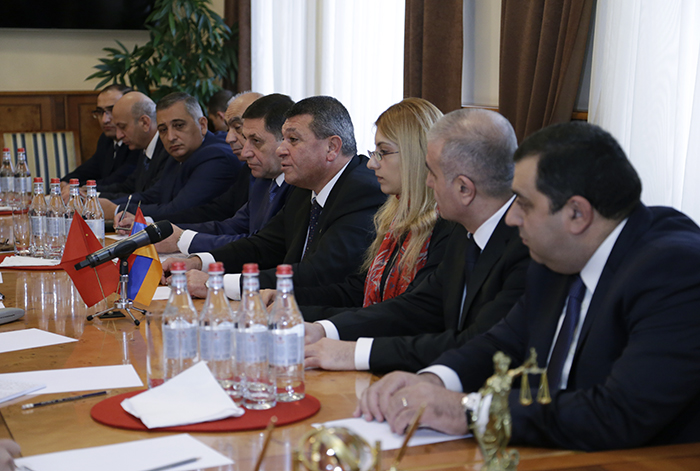 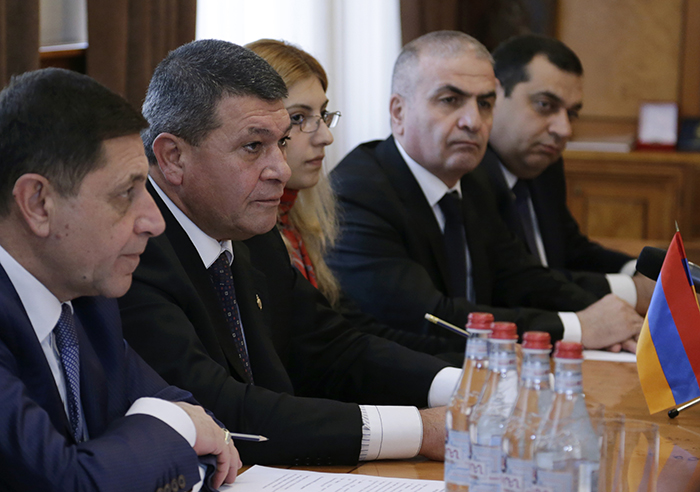 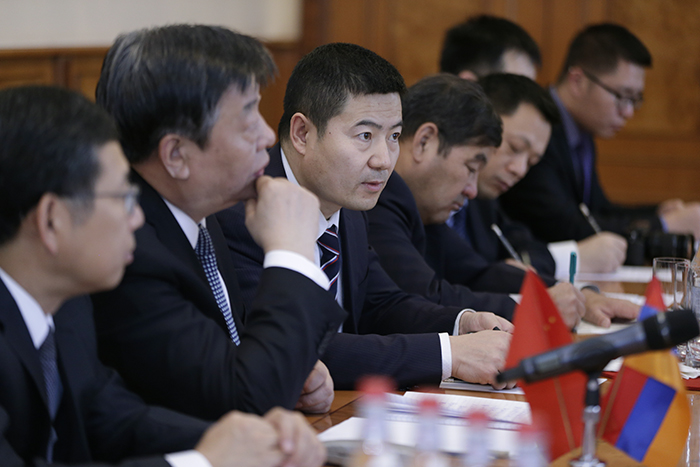 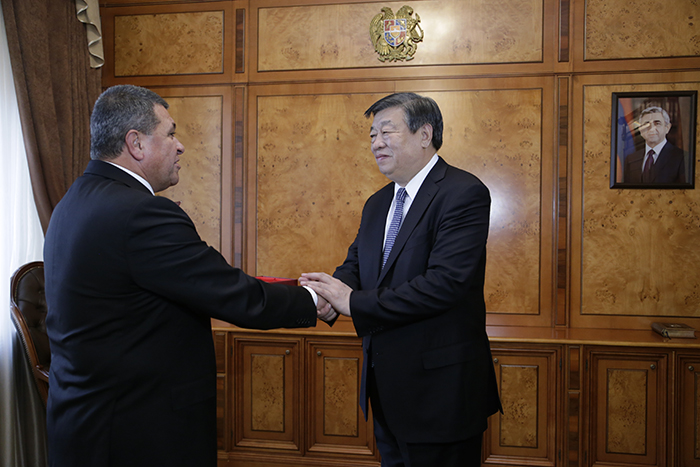 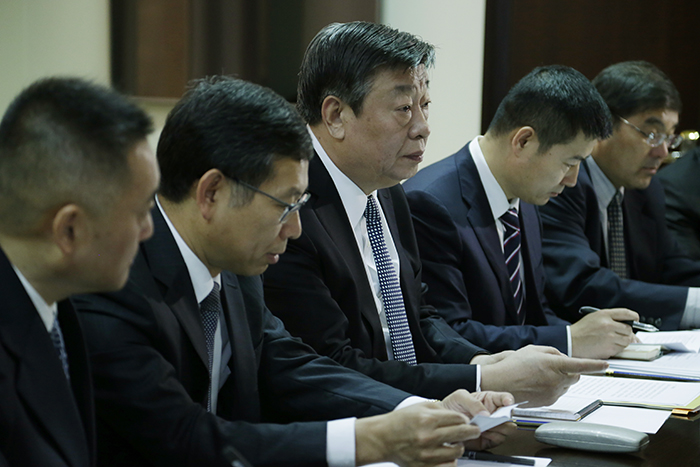 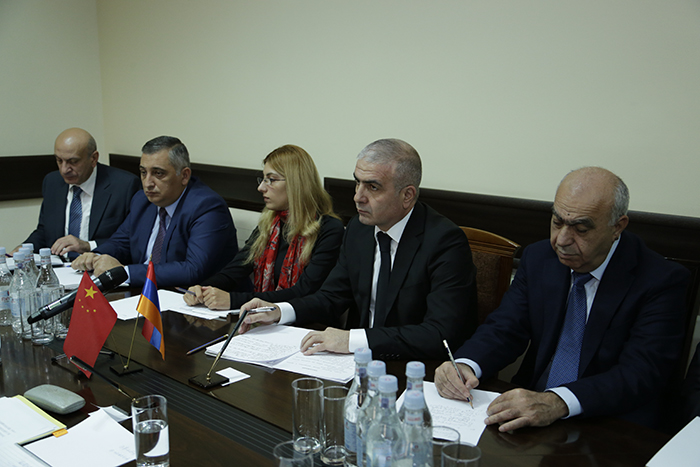 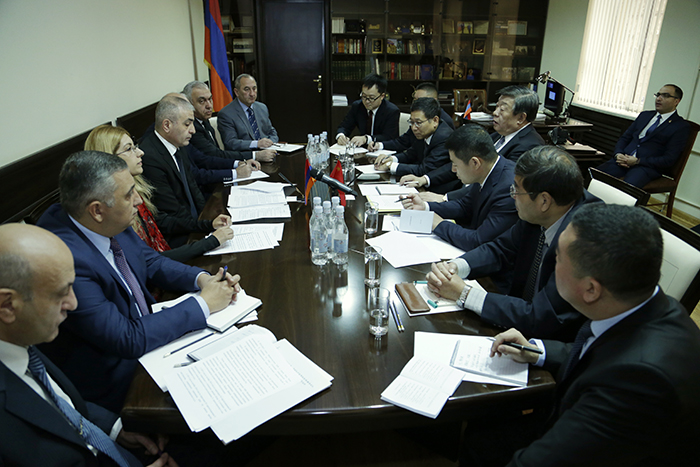 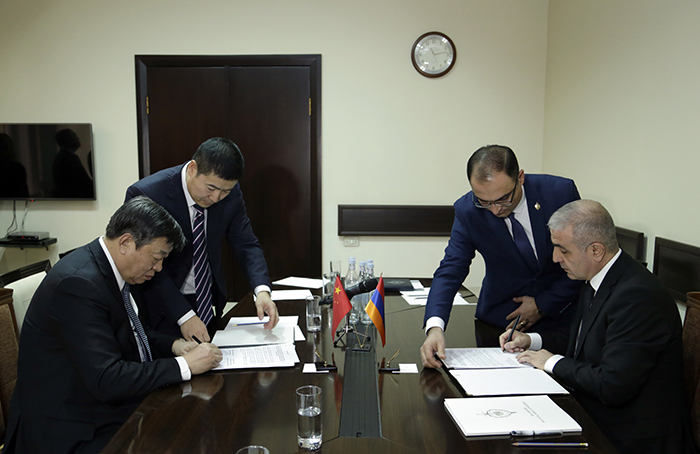