Ambassador Extraordinary and Plenipotentiary of the People

On Thursday, October 13 Deputy Head of Police of the Republic of Armenia, Police Major General Vardan Yeghiazaryan received the delegation led by Ambassador Extraordinary and Plenipotentiary of the People's Republic of China to the Republic of Armenia H.E. Mr. Tian Erlong.
Greeting the guests, Mr. Yeghiazaryan highly assessed the current level of cooperation established between the Armenian and Chinese police structures. The Deputy Police Chief highlighted the special role of the Embassy of the People's Republic of China to the Republic of Armenia in strengthening the cooperation and expressed readiness to further deepen the ties, which will facilitate combating crime with common efforts.
Mr. Tian Erlong expressed his gratitude for the warm welcome extended to them and assured that everything possible is done to further develop relations between the two law enforcement agencies.
During the meeting the two sides discussed a number of issues related to China's Vice Minister for Public Security Li Wei’s upcoming visit to Armenia. 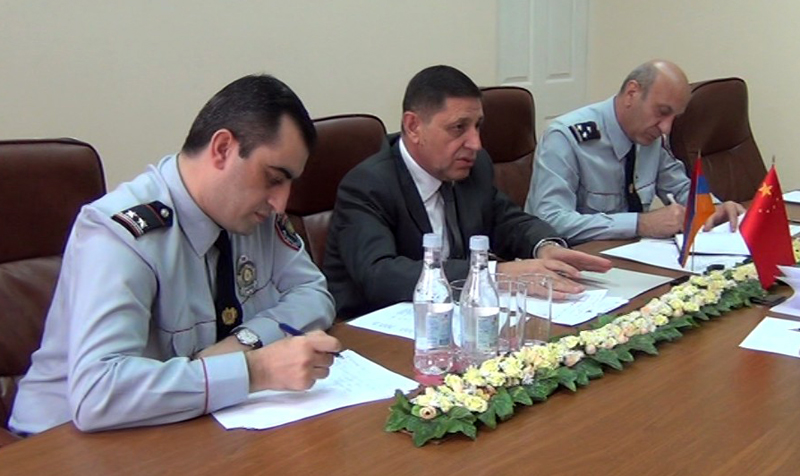 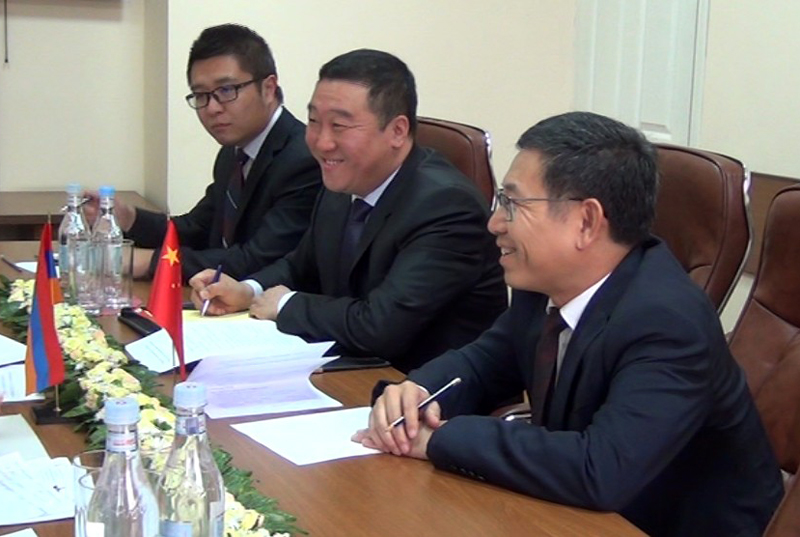