In some assembly venues, in particular, in the Republic Square, trucks are moving with groups of citizens in their bodies, among which are a significant number of minors.
Apart from being a gross violation of the rules of passenger transportation, such actions of protesters pose a direct threat to the lives and health of people.
The movement of heavy and large trucks in crowded areas is itself dangerous, and when there are large groups of people in the body of these vehicles, the danger multiplies, especially for minors, who often do not realize that such situations will end in a tragedy.
We urge truck drivers to put people first of all, non-adults, off the car bodies and, to immediately take out trucks from crowded places and refrain from any dangerous and unpredictable actions. 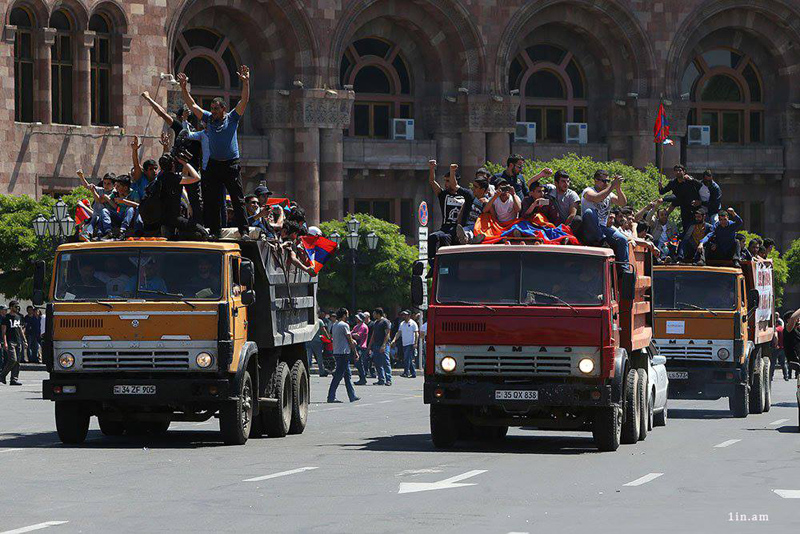