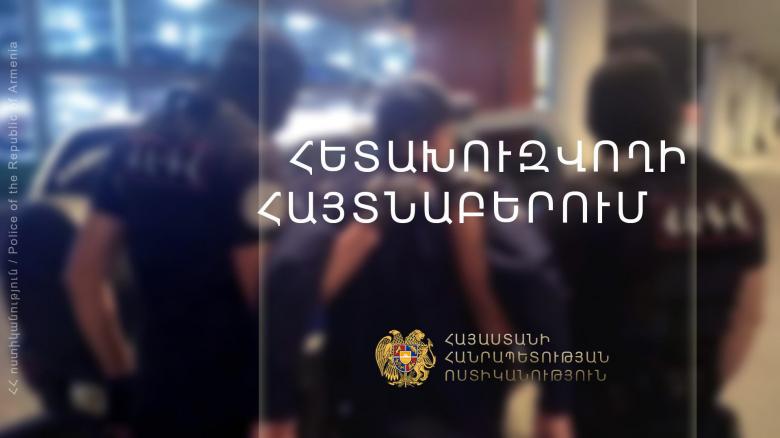 On Wednesday, February 24, citizen of the Islamic Republic of Iran Ismael S. was detected in one of the houses on Bryusov Street, and taken to Central division of the RA Police thanks to special measures taken by officers of the Criminal Investigation unit of the Central division together with the employees of the General Department of Criminal Police. The detainee had been wanted by the Interpol NCB in the Islamic Republic of Iran on charges under Article 1 of the IRI Criminal Code (Fraud) since February 17, 2020.
Custody has been selected as a measure of restraint.