30.01.2018 17:09 Reception
On Tuesday, January 30 Head of Police of the Republic of Armenia, Police Colonel-General Vladimir Gasparyan received the delegation led by Ambassador Extraordinary and Plenipotentiary of the Islamic Republic of Iran to the Republic of Armenia Mr. Seyyed Kazem Sajjad.
Welcoming the guests, Vladimir Gasparyan expressed satisfaction with the well-established cooperation between the police structures of the two countries and assured of the Armenian side's readiness to further deepen the ties, which will facilitate combating crime with common efforts.
Mr. Seyyed Kazem Sajjad expressed his gratitude for the warm welcome extended to them and highly assessed the work done by Armenian Police in the field of ensuring safety of tourists under the conditions of tourism expansion.
During the meeting the two sides discussed issues related to further development of cooperation, exchange of experience, joint struggle against crime and other issues of mutual interest. 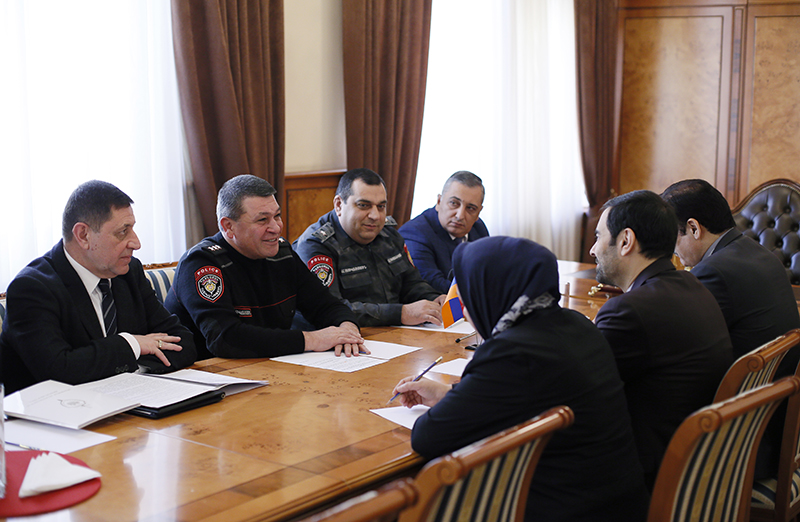