On Monday, February 19 Deputy Head of Police of the Republic of Armenia, Police Major General Vardan Yeghiazaryan received the delegation led by Thorsten Stodiek, Deputy Head of the Strategic Police Matters Unit of the Transnational Threats Department of the OSCE.
Greeting the guests, Mr. Yeghiazaryan detailed the projects implemented jointly with the OSCE, expanding on the introduction of community policing model, development of the police education system, recorded positive results, as well as a number of suggestions made for further expansion of cooperation.
Highlighting the importance of the high level of cooperation, Mr. Stodiek expressed conviction that the OSCE will continue to support the Armenian Police and the cooperation will be further strengthened and developed.
During the meeting a number of issues of mutual interest were also discussed.
Within the framework of their visit to the Armenian Police, the members of the OSCE delegation had meetings in a number of Police Departments. 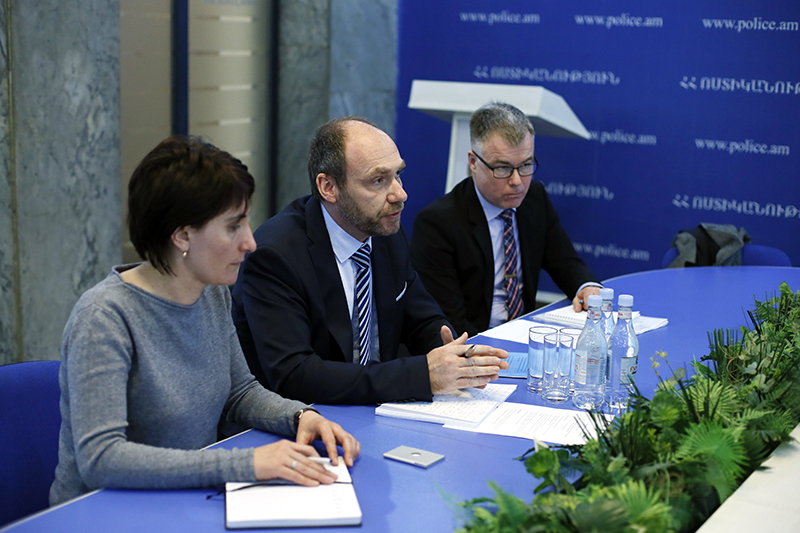 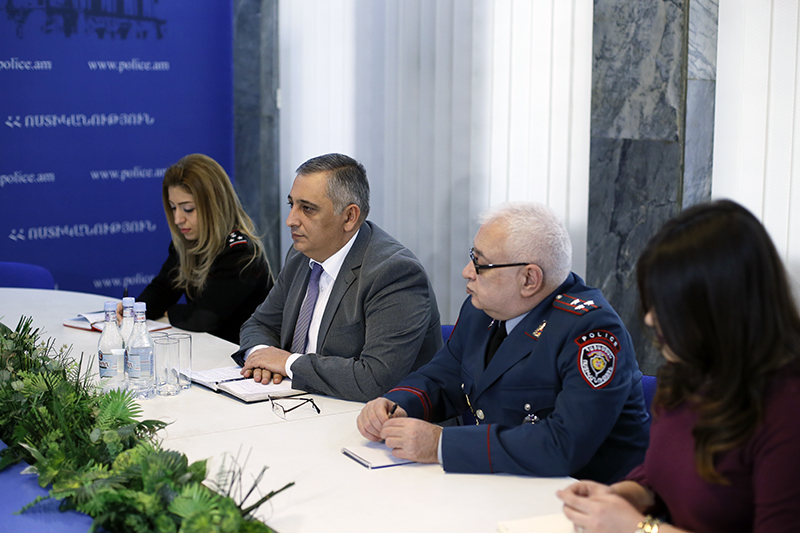 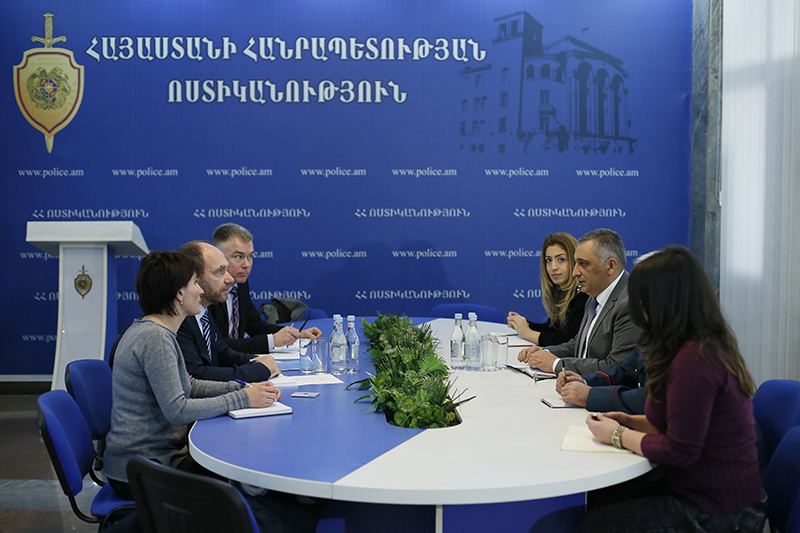