16.05.2019 16:53 Official news
On Thursday, May 16, RA Police Chief Valery Osipyan met with Europol Director Catherine de Bolle.
Greeting the guests, Mrs. De Bolle expressed hope that the visit of the Chief of the RA Police will start with cooperation between the Europole and Armenian Police in a number of directions.
Valery Osipyan highly assessed the importance of cooperation between the European police office and Armenian Police and presented details of the ongoing police reforms.
The parties discussed further cooperation in combating organized crime, particularly in thefields of terrorism, trafficking in drugs, human trafficking and money laundering, and clarified further steps.
The sides discussed the possibility and format of signing an agreement on cooperation between the police and the European Police.  For that purpose, an agreement was reached to assign points of contact to coordinate the activities.
At the end of the meeting the Chief of the Police of Armenia made a note in the Book of Honored Guests of Europole.
In honor of the Chief of the Police of the Republic of Armenia, Director of Europol hosted an official dinner. 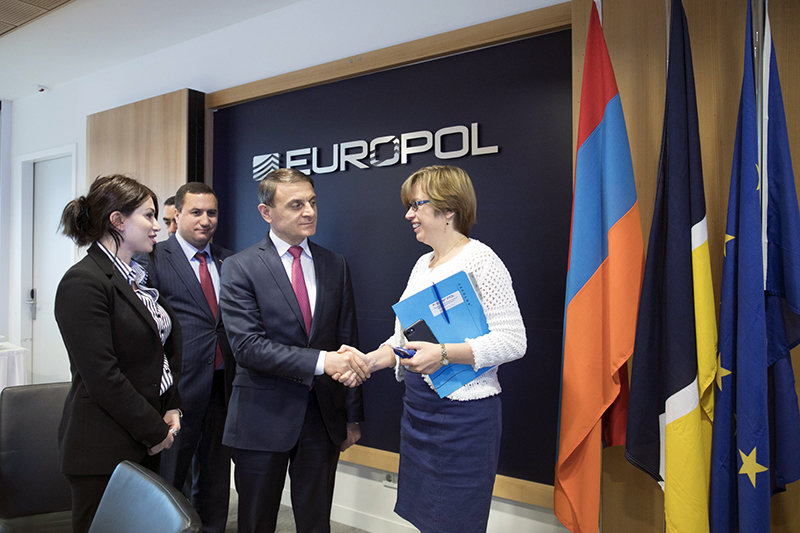 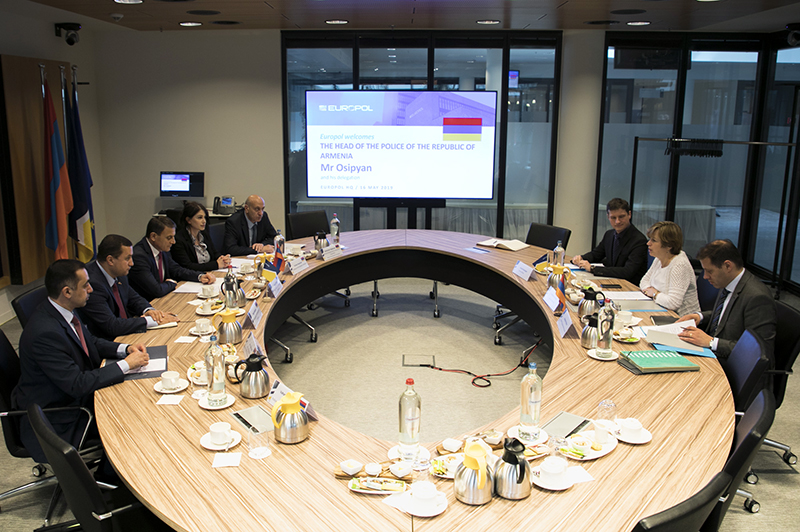 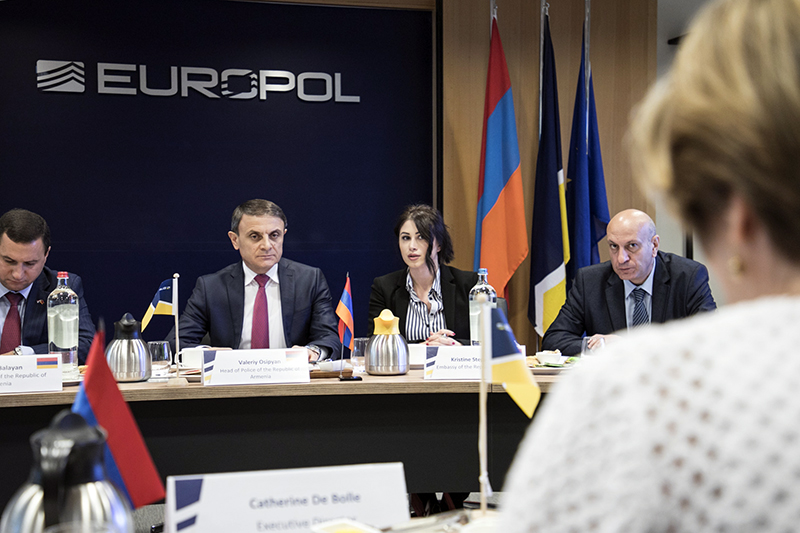 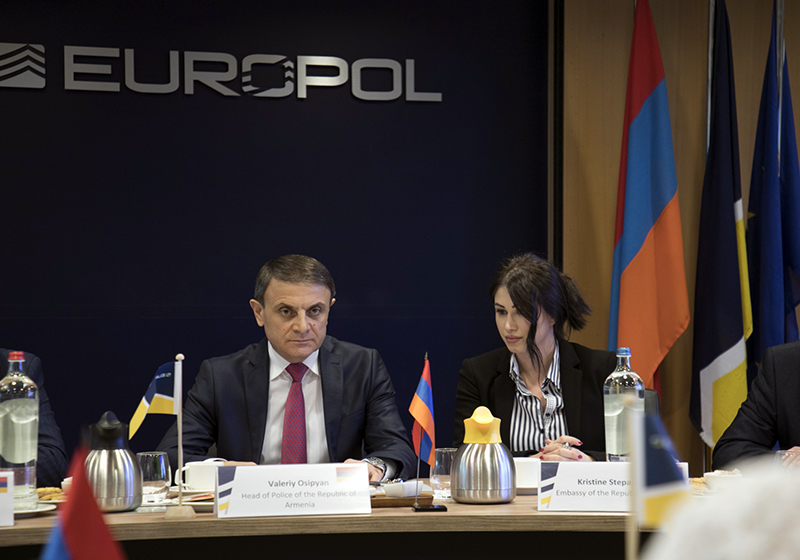