On Wednesday, November 13,  Head of the Headquarters of Police of the Republic of Armenia, Police Colonel Armen Ghukasyan received the OSCE delegation and representatives of the Delegation of the European Union to Armenia. The meeting was also attended by representatives of the RA Government and the Ministry of Justice.
Welcoming the guests, the Head of Police Headquarters highlighted the high level of cooperation established with the OSCE and the European Union, expressing hope that the cooperation would further be strengthened and developed. Armen Ghukasyan presented the ongoing reforms in the RA Police, which embrace various spheres, from legislative to structural changes. The head of Police headquarters thoroughly touched upon the already implemented and planned works for the introduction of the mobile patrol service, and the Operational Management Center.
The representatives of the delegation, highlighting the structural and legal changes taking place in the P
olice, expressed readiness to continue assisting the reform process by applying the best practices of the EU member states.
The parties emphasized that in the context of responding to modern challenges, exchange of experience is extremely important.
During the meeting other issues of mutual interest were also discussed. 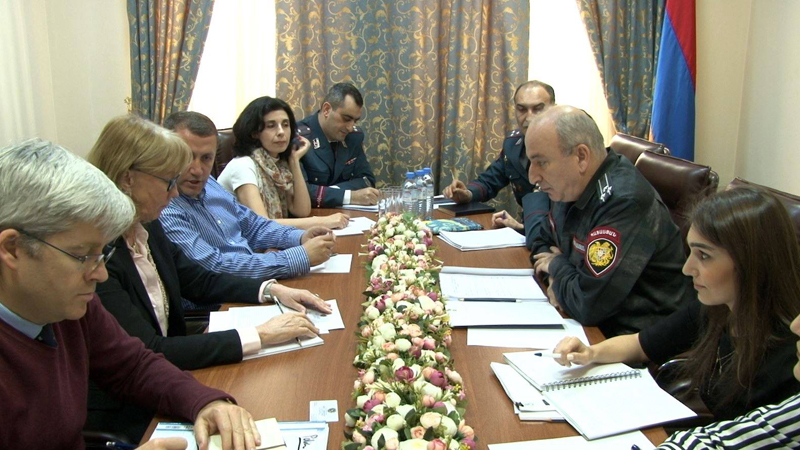 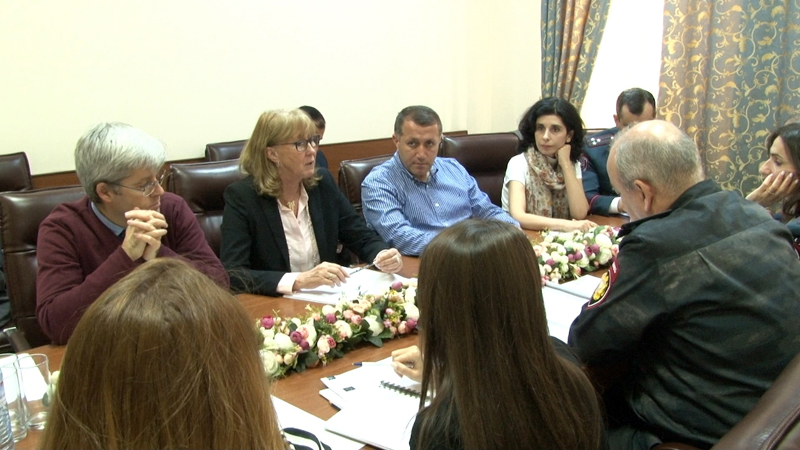 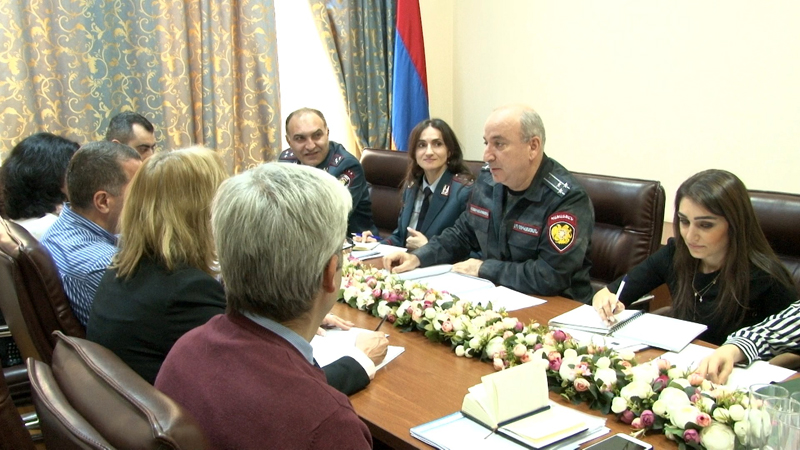