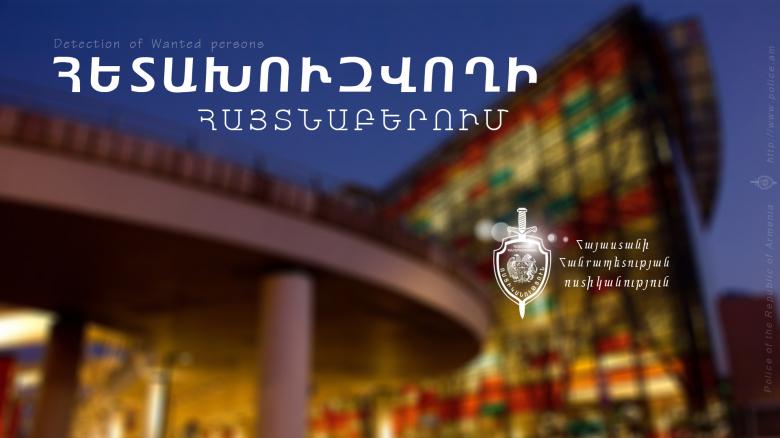 As a result of the operational-search activities carried out by the officers of “Zvartnots” airport Line division of Police of the Republic of Armenia, on Tuesday, September 15, after the arrival of Minsk-Yerevan flight, citizen of Ukraine Arthur K. was taken to the Police Line Division. The man had been wanted by Interpol of the Federal Republic of Germany on charges of fraud.
Custody has been selected as a measure of restraint.
The Interpol NCB in Armenia and the prosecutor's office have been notified about the capture of Arthur K.